Have you flown recently? If so, like me, you may have noticed the dramatic increase in 'in-flight' announcements, so much so, that airlines need to check that they are not bombarding customers with useless information. Admittedly, we're a captive audience strapped into our seats awaiting take-off or landing, but you can't even turn-off the announcements during the flight or escape to the rest-room for peace and quiet. 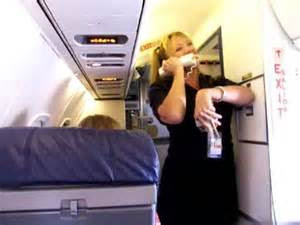 A reporter for the Sunday Times has recently let-rip on the noise pollution inflicted on passengers. There was a time when your airplane seat was a sanctuary, he claims, somewhere to recover quietly from the madness of the previous two hours at check-in, airport shopping and boarding. However, there was always a risk that you would find yourself seated next to the bloke that likes the sound of his own voice and wont shut up, even when crunching on an in-flight baguette. But now we all find ourselves in that predicament, thanks to the proliferation of the in-flight announcements.

It starts these days, even before the crew introductions, as you board the plane, particularly on the 'no-frills' airlines. We are asked to take our seat as quickly as possible, not block the aisle, put our luggage in the overhead lockers and under the seat. I don't know here else you would want to put your cabin bag! Next come the names and a brief CV of each of the crew. Captain, first officer, junior first officer, purser, steward, stewardess. Why stop there? Lets have the baggage handlers and the check-in attendant and what about the guy in the luminous jacket who keeps going on and off the flight deck with a clipboard? And then we get it all repeated by the flight attendants who want you to know who is in charge in the cabin and which minion will serve you the in-flight meal. 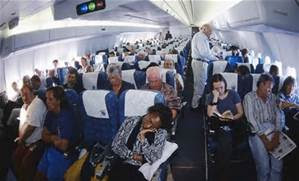 Once airborne, it does not stop there - the captain wants to share with your all the technical data about the aircraft and the flight - type of aircraft, ground speed, current bearing, future bearing, flight path, weather conditions. All impressive, if you are a plane geek or never flown before, but for most of us, pointless and invasive. Then there is the babble of announcements of 'stuff' that fall into the category of 'stuff we already know'. ''We're now passing through the cabin with the drinks trolley/duty-free trolley.'' We know, that's why the stewardess with the arse of a small country has just clipped my left knee! And so it goes on - the airline wants to tell you about its self-congratulatory partnership with a charity working to improve the lives of donkeys trapped in Sudan.


No sooner have the meals been served, the duty free trolley in storage and the charity collection completed, that it's the captain again to point our the sights to be viewed from the right window and then the left window - Mont Blanc hidden somewhere among the snow-capped Alps!  But the verbal does not stop - endless announcements either blurted out in the mode of a petrified six-year old trainee reading in church,or delivered in a creepy fireside manner. The quicker it's over the better. 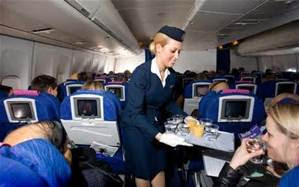 But it's not just the airline. In this age of reality TV, anyone with access to the microphone now feels they have a licence to perform. It has to stop. 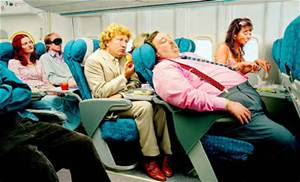 Finally its not really over when you have stowed your tray-tables, opened the blinds, put your seat upright and landed. Now they want to tell you how wonderful you've been, how they've enjoyed hosting you today, to take care opening the overhead lockers and, by the way, our car hire partner today is Wacky Cars. So they have said 'finally'. Only its not. There is still time for indulging the cabin crew one more time. ''I.m sure you'd like to join us in wishing flight attendant Sean all the best for the new chapter in his life, as he leaves us after three years to become a station announcer for British Rail.'' No problem!