As readers know, I love my wife's home-made bread and cakes, but when they run out where do you turn for equally great produce? If you have a local bakery, then that's the place. However, there are still plenty of lacklustre ones around - if you want a bland, additive-laden loaf or an apple pie filled with gloop you'll find them - but artisan bakeries have been on the rise since the mid-Nineties and are giving chains a run for their money. 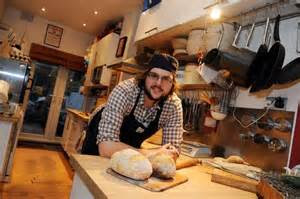 In Birmingham, we have a new sensational artisan bakery called Loaf in Stirchley, on the outskirts of the city. I know because last week my daughter, who lives a 5 minute walk away from Loaf, gave me a loaf to try. A bakery-cum-social-enterprise, Loaf is dedicated ''to promoting real food (that's what The Real Food Inspector likes to hear) and healthy living in Birmingham, and building community through food''. The brainchild of local nutritionist Tom Baker (above), it provides everything from free cooking classes for schoolchildren to pop-up dining experiences - plus the best rye bread and sourdough in Brum. Check it out at 1421 Pershore Road, Stirchley, B30 2JL and only 2 minutes from Bournville Train Station. (www.info@loafonline.co.uk). They are open Tuesday to Friday from 12pm to 6.30pm and Saturday 8.15am to 1pm. 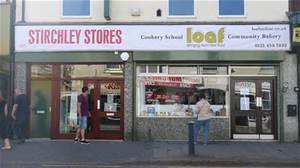 Whether you want to check out what's good in your area, or drop in somewhere for a tart, a sandwich or top-notch bread when you are away from home, here are some of the best bakeries in the country.

Hart's of Bristol
Underneath one of Brunel's railway arches and near the car park at Bristol Temple Meads train station, is Laura Hart's bakery, where locals queue to buy her sourdough bread. Watch the bakers whisking brownies out of the oven and don't forget to grab one of Laura's sausage rolls. 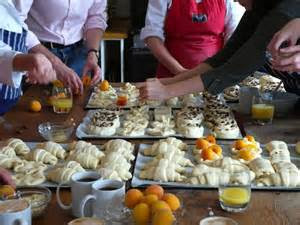 The Thoughtful Bread Company, Bath
Nettle and chive,beetroot, wild garlic, honey and cheese, there seems to be bread in every flavour at this 'eco artisan' bakery. Owner Duncan Glendinning used to be a web developer and is passionate about sustainability and localism - bring him a glut of fruit and veg and he'll happily give you baked goods in exchange. Good Housekeeping magazine once named him a British food hero.
Baltic Bakehouse, Liverpool
This bakery-cum-cafe only opened in 2013 but rumours has it that brother-and-sister team Sam and Grace Henley make the best bread in the city. Different loaves are cooked on different days, from 100% rye bread on Monday to ciabatta on Friday, while typical sweet treats include '99 doughnuts', filled with rich vanilla custard and topped with a flake and banana and salted caramel buns, 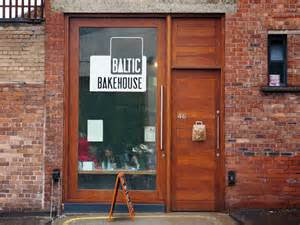 Botham's, Whitby
This old-fashioned teal room has been dubbed Whitby's answer to York's famous Bettys. Still owned by the family who founded it in 1865, it sells hearty, keenly priced local treats such as parkin and brack, a traditional rich fruit loaf. If you want to eat in, the afternoon tea  featuring sandwiches, a sultana scone, and three pretty cakes, plus Botham's own-blend tea then it is a steal at £10.25.
Brick House Bakery, South London
With its whitewashed brick walls, utilitarian mess tables and high ceilings, the Brick House, set in an old electriacl warehouse, is airy and spacious with lots of room for groups. The bakery specialises in sourdough and regulars single out the Peckham Rye. All breads are made over two days being naturally leavened and baked on stone. Cakes are very good especially the Bostock cake - brioche soaked in orange liqueur and slathered in frangipane. Most loaves sell out by lunchtime on a Saturday, so get there early. 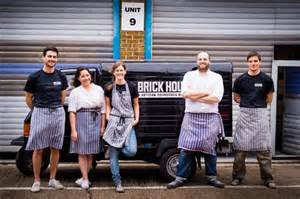 Sleights, Suffolk
Father and daughter team Chris and Joanna Brennan founded the Pump Street bakery and cafe in 2010, in a 15th -century building in the village of Orford. They are completely self-taught but their artisan loaves, each named after a local village, have won countless awards. These days the bakery is also well known for making delicious chocolate, particularly its sourdough bar - made with crunchy breadcrumbs and a smattering of sea salt.
Talgarth Mill Bakery, Powys
This historic water mill was rescued from dereliction in 2011, with help from the BBC Village SOS TV programme. It now grinds flour three or four days a week, to use in an award-winning array of baked goods for its shop and thriving on-site cafe, The Baker's Table. Locals say the bara brith is the best for miles. Love the local loaf and check out your artisan bakery today!!