You wouldn't expect The Real Food Inspector to be a big fan of 'ready meals', and you would be right. Give me fresh unprocessed food every time. Yet, when I queue at the supermarket checkout, I see trolleys crammed to the brim with ready meals. Sometimes there is little else and I counted upwards of 40 ready meals in one trolley a few weeks ago. 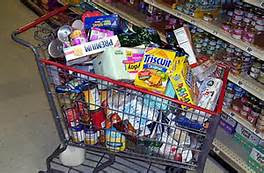 It is not surprising therefore that scientists have found that chemical contaminants in processed food may raise the risk of killer diseases. The molecules, which are left behind by bacteria, can trigger an over-reaction of the immune system linked to heart disease and type 2 diabetes. Ready-chopped vegetables, sausages, burgers, prepared sandwiches and ready meals all contain these chemicals. While previous research into processed food looked at the dangers of additives or from high levels of fat and salt. But the latest study from Leicester University highlights the risks from 'pamps' - 'pathogen-associated molecular patterns'. These are left behind by bacteria that starts to multiply during processing and refrigeration. Unlike bacteria, cooking does not kill them off.

The research showed that whole cuts of meat, such as steaks and joints, can be healthier than mince because chopped food provides more surface area for bacteria to grow. The researchers are reported as saying that 'pamp' levels rise rapidly day on day, even when stored at refrigeration temperatures. By contrast, fresh food such as fruit and vegetables contains undetectable levels. It is claimed that  a diet high in 'pamps' increased gut inflammation and raised levels of bad cholesterol. These changes to the body are linked to heart and circulatory disease and diabetes. Volunteers used in Leicester University's research who were switched from a processed food diet to a fresh food diet reversed the effect, with an 11% reduction in white blood cell count and an 18% reduction in bad cholesterol.

This looks a healthier trolley! 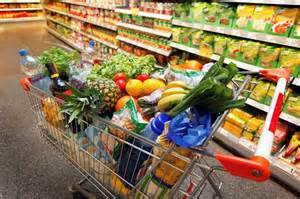