VALENTINE FOOD OF LOVE - ONLY 25p

With Valentine's Day only a few days away, what food are you planning for the love of your life? There is no better aphrodisiac than oysters and now is the time to buy them. The UK's cheapest oysters went on sale on Monday at only 25p each - around the same price as a cod fish finger. 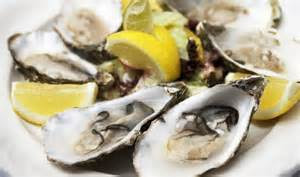 In preparation for the 14 February and the 'day of love', Morrisons supermarket has slashed the price of the luxury shellfish. The chain-store hopes that couples will buy them for romantic dinners at home. Sadly, I've already booked a hotel for the night!

Oysters sell for as much as £5 each at Harrods in London and at Selfridges, but many supermarkets do not sell them at all and Morrisons says two-thirds of Britons have never tried them. Customers say they are too expensive or they have never shopped in a store that sells oysters, or they simply don't know how to eat or prepare them. Morrison's response has been to create recipes and video guides. Many oyster fans say that they are best eaten raw off the half-shell, but Morrisons is playing it safe with an online guide that advises that oysters should be cooked before eating. 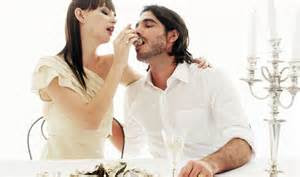 Up until Valentine's Day on Sunday, packs of six 60g Pacific Oysters, cultivated on the west coast of Scotland and Ireland, are on sale at Morrisons for £1.50 - the lowest UK retail price since 1991. A Morrisons spokesperson is reported as saying that they want to make oysters affordable enough for anyone to try them. The supermarket giant will have fishmongers on hand to remove individual oysters from their shells with a sharp knife.

Despite 2,300 tons of oysters being cultivated in British waters this year, nearly half will go for export. The Shellfish Association of Great Britain is recorded as saying they are pleased to see oysters being revived as they are nutritious and tasty. 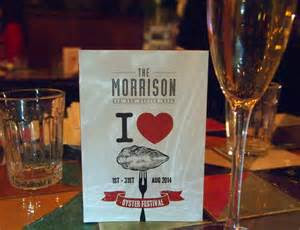