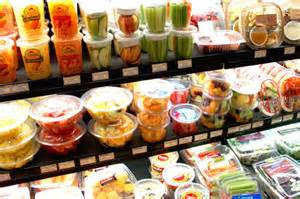 Queuing at the supermarket checkout recently, I couldn't help but notice the number of shoppers whose trolleys were loaded with sliced, peeled and washed fruit and veg. While my shopping included a especially chosen and delightfully shaped swede, a battered cauliflower and three leeks still bearing the remains of the mud that they had been grown in, my fellow shopper had three plastic bags of perfectly cut carrot batons, french beans and courgettes. However, it was only when the shop assistant began to scan this customers produce did I see the mark-up on these perfectly formed veg.It seems that these lazy shoppers are paying mark-ups of more than 400 per cent for these convenience produce.

Despite the apparent squeeze on house-hold incomes, millions of families are packing trolleys with pre-prepared fruit and veg. Rather than pay 60p a kilo for whole carrots, shoppers can be charged more than twice as much - up to £1.49 per kilo - if they buy them ready sliced. The figure rises to three times as much when carrots are bought as batons at a staggering £1.85 a kilo. And buying mini carrots that have been peeled, shaped and washed comes in at £3.13 a kilo - which is 421 per cent higher than when carrots are bought loose.

A similar pattern can be seen with broccoli and mushrooms according to recent research by the consumer group Which?. And it seems that the situation is only likely to get worse as supermarkets are now offering packs of trendy spiralised vegetables, including carrots and courgettes. 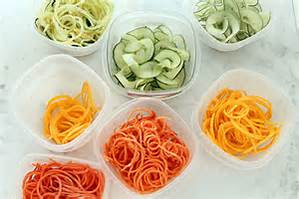 I don't know about you, but I find washing, peeling and slicing fruit and vegetables both therapeutic and rewarding, and not just in cost!