A Cookery Magazine for Men?

As readers are aware, I delight in reviewing the food magazines that fall through our letterbox each month and I find plenty to interest my taste buds and get me more excited about 'real food' - cooked with passion and commitment. However, I have felt from time to time that these popular food publications are written specifically with women in mind. Take the May edition of 'Good Food Magazine', for example, and a page devoted to reusable shopping bags, many of which, from their pictures, would be much too bright for me to carry to and from Sainsbury's. I am already called Roy Cropper, carrying a plastic carrier around M&S! Likewise and surprisingly, the article on 'Quick-fire barbecue' shows a women at the fire and serving the food.  Surely if there was an opportunity to feature a male, it would be in a barbeque feature!  And finally Good Food's 'My Kitchen' always highlights a female cook in her kitchen. 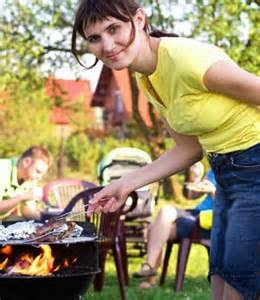 Rest assured, I am not hung up on this, but I was very interested to read that Janet Street Porter has announced, ''What a bizarre idea - a cookery magazine aimed purely at men'' Apparently, ''Beef'', has been launched in France and is being displayed next to fruity adult magazines on the top shelf. It makes the outrageous assertion that only real men are capable of cooking god food, claiming that all women bring to the kitchen is 'clutter' (not my wife!) - a remark which as enraged feminists. It seems that according to ''Beef''', men make good bread because 'kneading requires strength, vigour and physical resistance'. 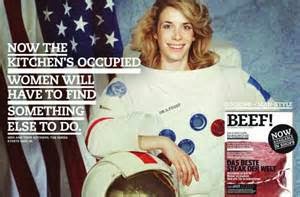 The Germans have been enjoying their version of ''Beef' sine 2009, and it seems that a British version is planned and will be with us soon. We have been warned!