Andy Murray, the UK's Wimbledon Champion, has opened his first hotel in Scotland and the Daily Telegraph has been the first to stay at Andy's new hotel venture and found his mum, Judy, to be very much involved. Cromlix hotel, a Victorian mansion located three miles from Andy’s home town of Dunblane, has reopened this week after an “extensive” refurbishment. 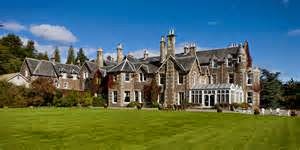 Facilities at the 15-bedroomed hotel now include tennis courts, croquet lawn and an Albert Roux restaurant. Fiona Duncan, Telegraph Travel expert, was the first journalist to stay at the hotel ahead of its official opening. Despite the involvement of a management company, Inverlochy Castle Management International, Duncan found the female members of the Murray family to be still very much involved. The hotel's new interiors have been designed by Kathleen Fraser, with input from Andy's girlfriend, Kim Sears, while Judy, Andy's mum, is currently staying in each of the rooms to pinpoint potential problems. Judy Murray was very much hands-on during the Telegraph's stay: replying to guest's query as to what could be caught in the nearby loch, she replied: ''A cold, I should think, and perhaps a trout if you are lucky''. 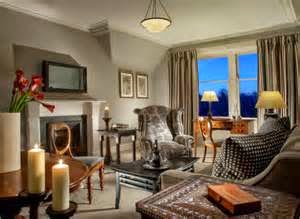 Andy Murray saved the hotel from permanent closure in February 2013. Speaking exclusively to the Telegraph, Andy Murray said: ''Cromlix was an important part of the area and meant so much to a lot of families and people locally, including mine. It's important to me that I give  back to the community that put me on the right path all those years ago, and the hotel seemed like a perfect way to do it''. 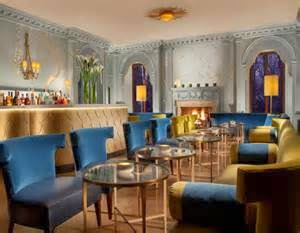 At the hotel's re-opening, a party for local schoolchildren got the chance to play tennis with Andy's mum, Judy, and cook with Monsieur Roux but Andy is not expected to visit the hotel until April 23 at the earliest. Andy Murray added that the Scottish hotel he most admires is: "Gleneagles. It is one of the older institutions in Scotland and is obviously is doing something right to be still be around today”. Other hotels that he counts among his favourites included The Address on Dubai Marina, Crown Towers in Melbourne and the One&Only Ocean Club in Barbados.

Asked what he hopes guest's lasting impression of the hotel will be, Andy said, ''I guess it would be the same as anyone that works in the hospitality business, it is important first and foremost that the enjoy their stay and, of course, that they would happily come back''. 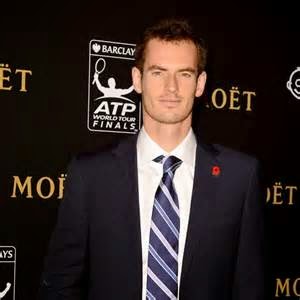 Recent TripAdvisor Reviewers said:
﻿
''From parking up, where we were welcomed by a very pleasant young man with a brolly, to being personally welcomed into the House by Graham, to being looked after by Claire at lunch, to being visited at our table by Albert Roux himself, to having teas and coffees in the lounge with Judy Murray coming up to speak to us ... all we can is Wow! We will certainly return soon. This was always going to be an interesting one for us. We have many happy memories of very happy times at Cromlix under the last but one owners. Had a disastrous stay a couple of years back (a month before it closed its doors). Cromlix is back to where it should be as one of Scotland's premier country house hotels. I could say a lot more about the quality of Albert Roux's food, the high standard of the refurbishment overseen by Kim Sears, the lovely staff, the sumptous bedrooms which Graham gave us a little tour of (including the Lowet Turret Suite where we have stayed previously), the beautiful grounds and the two tennis courts resplendent in Wimbledon colours.  Instead, I say go there and enjoy discovering it for yourself. It won't be long before you'll struggle to get a room or a table! Andy Murray ... thank you for restoring the standards and vibrancy of Cromlix House. You have given something very important back to your local area.''.
Andrew stayed 2 April 2014, travelled as a couple
''Exceptional hotel from the moment we were greeted in the car park which was a lovely touch, through to the fantastic food at the Roux restaurant. Seamless and genuinely lovely staff made for a great stay. The beds were so comfortable you just did not want to get up in the morning! However, the lure of the huge slipper bath and all the Arran Aromatic toileteries made it worthwhile. Can not wait to return and have a shot of the tennis court which looks first class, plus they have a training wall for those of you into your Tennis''.
Vixen stayed 30 March 2014, travelled on business