I've been saying for a while that the popularity of TV cookery programmes and celebrity chef's recipe books does not mean that the nation has turned to cooking in a big way. According to recent research, most people in the UK would still rather heat up the contents of a tin rather than create a meal using fresh ingredients. 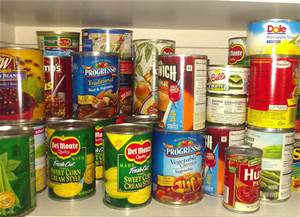 Sadly, and embarrassingly for me, Birmingham has been crowned the country's canned-food capital. It's one million residents eat 640,000 tins a day - that's 58 per 100 people, the highest proportion in the country. The average Briton eats four tins of food each week, a poll found, with baked beans, tuna and tinned tomatoes the favourites. Britain has also been revealed as the nation of hoarders, with six in ten households stashing up to ten cans in their kitchen cupboards at any given time. Londoners eat just 2.9 tins each - but because the capital is home to nearly 9 million people, the total consumed was 3.5 million daily, weighing a total of 1,453 tonnes.

The survey of 2,000 people across Britain, carried out by Canned Food UK, found that tinned foods Britain remembered most fondly from their childhoods were baked beans, tinned soup and corned beef. One in four Britons eat more canned food now than they did ten years ago, despite the dramatic rise in TV cookery shows like Jamie Oliver's '15 Minute Meals' and appealing photographic cookery books. 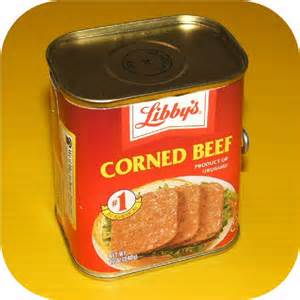 Glasgow came out as another lover of tins, with residents eating 342,000 cans or 141 tonnes each day - although the favourite product there was soup, while in Bristol, locals gorged on 204,000 tins every 24 hours. Southampton residents ate the least canned food, consuming just 113,000 or 46 tonnes each day - equal to four double-decker buses. Residents in Newcastle, which bucked the national trend by placing tinned peas in its top three favourite foods from childhood, ate 155,000 cans each day.

James Hegarty, chairman of Canned Foods UK was reported in the national press as saying, ''It's promising to see that 49% of Brits are choosing to included canned produce as part of their main meals. As canned food has a long shelf life it can be kept in the kitchen cupboards and still retain its nutritional value.''

Not as much nutritional value as a fresh cabbage, some home-grown carrots and potatoes and a pork chop, Mr Hegarty! 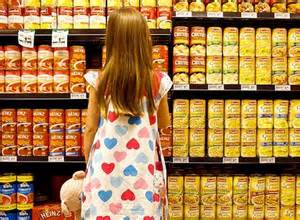