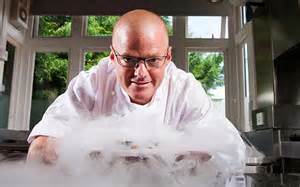 I blogged on 20 August that the world’s most famous restaurant Noma was moving to Sydney in Australia, and mentioned in the same blog that Heston Blumenthal had set up a pop-up version of the Fat Duck in Melbourne, while his Bray restaurant was undergoing a re-fit. Well now Heston is coming home. Tomorrow sees the much-anticipated re-opening of the celebrity chef’s world-famous restaurant The Fat Duck, after a six-month closure and a £2.5m renovation. 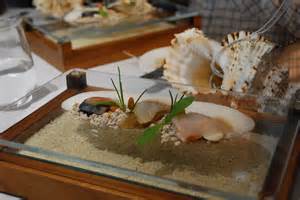 But what can diners expect from the man dubbed by the competition the Willy Wonka of the restaurant world? According to last week's press reports, the exact details have been kept strictly under wraps, but Heston has comprehensively overhauled the Bray restaurant's menu. Gone are many of the wacky dishes that made his name, including snail porridge and the egg and bacon ice cream. Instead, Blumenthal reveals on The Fat Duck's website, the new menu offers a multisensory journey based “on a collection of some of my favourite childhood holiday memories, spanning a whole day".

“I don’t know about you, but I always got really excited in the build up to going on holiday; for me, this is where the journey begins,” Heston adds. “My story is only there to act as a catalyst to help bring your childhood holiday memories to life: where you were, who you were with, what you ate and how you ate it. Hopefully, it’ll get you reminiscing, making connections, sharing experiences, and bringing back some wonderful memories.”

There are some clear influences at work outside of Blumenthal's own childhood: the website homepage shows a childish hand-drawn map which reveals an Alice in Wonderland-type white rabbit holding a pocket watch and a teapot with a top hat. A sample “menu” reveals only a few tanatalising clues. One course is entitled “Can I have some money for the ice cream man?”; another “Then we went rockpooling.” 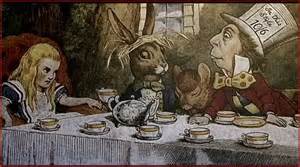 On the homepage of The Fat Duck's website, few iconic Blumenthal dishes (which conveniently tie in with the holiday theme) are expected to remain – The Sound of the Sea (shellfish eaten while listening to the sound of crashing waves) and his savoury ice lollies, made to resemble childhood favourites such as Zooms. But there will be plenty of novelties: in an  interview with the Sunday Observer newspaper, the chef said he had commissioned, at the cost of £150,000, a doll’s house-shaped sweetshop that will “come round on a trolley at the end of the meal and puff smoke rings out the chimney as you choose your sweet”. Heston certainly loves smoke! 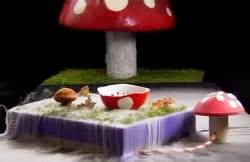 Heston's innovative cooking has made him one of Britain's most famous chefs, but eating at the Fat Duck (below) does not come cheap. His set menu will be £255 a head when the restaurant opens its doors tomorrow and guests will now be expected to pay when they book, using an advance ticketing system. Tickets for this year, which went on sale just two weeks ago, have already vanished: the next round, for January 2016, will go on sale at 12 noon on Wednesday 7 October. 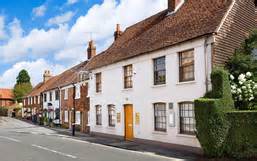 Start queuing on the phone a week on Wednesday, if you want to stand any chance of getting a reservation for 2016!