I constantly read that studies show that dark chocolate has beneficial properties, but is it true? 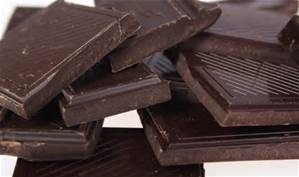 Very early studies showed that chemicals in dark chocolate - flavonolds, have various effects that might be linked to reduced heart disease risk; for example they inhibit blood clotting. So all this research looks promising, but whether we have definitively shown that dark chocolate reduces one's risk of heart attack is another matter.

Swedish researches followed more than 1,00 heart attack victims for 10 years  and conclude in 2009 that the more that they consumed, the more likely they were to survive. But unfortunately, here there is a blending of correlation with causation: research may point to an association between chocolate and living longer, but it doesn't mean one caused the other. Perhaps the chocolate eaters were healthier to begin with?

So how do I interpret such findings? I must conclude that dark chocolate may be a life-giving elixir but it is actually just a much-loved confectionery!