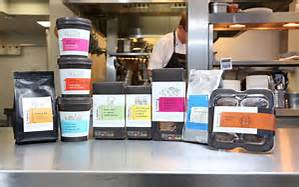 People that shop at Waitrose have always thought of themselves as a cut above. The store has two royal warrants, a branch at Windsor, and sell venison sausages for dogs. However, the supermarket has never felt the need to shout about its exclusivity, but with the supermarket industry under intense pressure, Waitrose is to launch its first ever premium range of food, called 'Waitrose 1'. The company hopes the Waitrose 1 range will become a £500 million brand, winning back some customers who have drifted away to rival supermarkets, such as Aldi and Lidl, two discount supermarkets that have recently invested heavily in their premium ranges.

Waitrose 1 - which will initially include 520 different items, from ready meals and cheeses to fresh veg and meat - is the latest sign that not only are many consumers spending increasing amounts of money on premium food, but they need clear packaging to persuade them to put it in their baskets. The food, including products such as Tanzanian chocolate ice cream with blood orange sorbet and beetroot and nigella seed oatcakes, all come packaged in off-black and off-white boxes and pots. Or rather, tasteful shades that Waitrose has registered as “Squid Ink Black” and “Goose”. No surprise there then! And instead of photographs of the food, the packaging has austerely simple line drawings of boats, houses, shopfronts or palm trees. 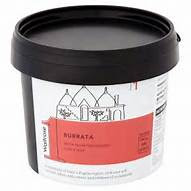 The idea is the illustration will intrigue shoppers and make them pick it off the shelves. Most supermarket premium ranges are sold in dark shades. Tesco Finest, the godfather of own-brand premium ranges, which launched in 1998, is black, while both Sainsbury’s Taste the Difference and Asda Extra Special use dark purples. Morrison’s Signature range is a very dark brown. The same principle (though in reverse) is used in supermarket value ranges, all predominantly white. Both immediately flag up to busy shoppers whether the produce is something cheap or expensive.

Waitrose has an Essential range too, though some of us poke fun at whether limoncello desserts and ratatouille Provencal really are essential. There are now over 2,000 items in Waitrose Essential and together they are responsible for £1.1 billion-worth of annual sales, making it one of only five food and drink brands in Britain worth over £1 billion. But shoppers are becoming increasingly disloyal to supermarkets, especially when it comes to budget ranges, choosing instead to go to discounters such as Aldi or Lidl to save money. Sales of supermarket own-label budget ranges over the last three months fell 24.5 per cent compared with the same period last year, a dramatic decline in favour. But at the same time, supermarket premium ranges have shot up by 4.4 per cent due to the economy recovering a bit. Aldi too has expanded its Specially Selected range, adding mini salmon wellingtons and packs of pak choi in a bid to persuade occasional  'posh' shoppers to visit on a weekly basis.

One look into the supermarket trolley of fellow shoppers will show you that a lot of the premium products that are doing particularly well are dishes and ingredients that allow shoppers to replicate restaurant meals. Of the 520 initial products in the Waitrose 1 range, 380 are already on sale at the supermarket, mostly packaged under their existing sub-brands Seriously, Menu From and From Waitrose. These will all be put into the new packaging. But the rest of the Waitrose 1 range are new products. They will start to appear in stores next week, with the full range on shelves by May 18, when an advertising campaign will be launched. The new products include wild rabbit and pork pie, seasonal bagged salads with viola flowers and sorrel, and confit of duck leg with laksa sauce with nigella seeds. 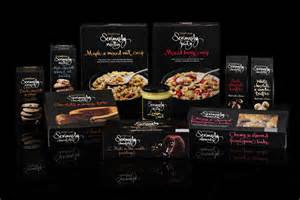 But despite the disproportionate success of supermarket premium ranges, supermarkets are generally finding life very tough, according to press reports this week. But Waitrose insists that the new range - including existing products that have been simply repackaged - is not an excuse to push through price increases, however. They say that there are no plans to increase prices. The cheapest product in the range is a 75p small bar of chocolate; the most expensive a £14.99 bottle (250ml) of Aceto Balsamic Di Modena vinegar.

If you like Waitrose you will probably love Waitrose 1!