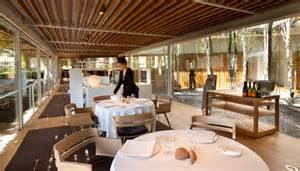 The Ten Best Restaurants in the World have been announced for 2016 and it's no surprise to me that an Italian restaurant, Osteria Francescana in Modena (above), takes the top award. In reverse order here are the top ten best eating places in the entire world:-

9. Steirereck; Vienna, Austria
Serves a menu that is described as "neo-Austrian". Chef Heinz Reitbauer sources many of the ingredients from his own farm. Centrally placed in the city centre. Steirereck reseravations: bookings can be made up to three months in advance via the website or by calling +43 1 713 31 68.​

8. Narisawa; Tokyo, Japan
The highest-ranked Asian restaurant on this year’s list,. They fuse French cooking techniques with Japanese ingredients to provide a dining experience rather unlike what is commonly on offer in the city.Narisawa reservations: oversees visitors should book tables online, with reservations valid for a minimum of two people and a maximum group of four – a table of six would need to book a table for four and then email the restaurant to request space is made for the surplus. The online reservation system opens for each month at 1am on the first business day of the previous month; for August reservations, prospective diners would need to make a booking from the first day of July.​ 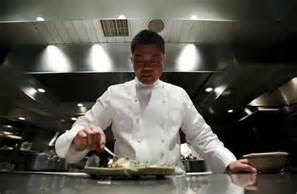 7. Mugaritz: San Sebastián, Spain
Dishes such as egg yolk with sea urchin are warmly received by chefs who appreciate the delicacy required when working with such ingredients, though regular punters may not find such combinations quite as palatable. Mugaritz reservations: an online booking form is open for dates throughout the Mugaritz season (this year running from April 13 to December 11) and there is still reasonable availability over the coming weeks and months.
​
6. Mirazur; Menton, France
On the French Riviera and near the Italian border, Mirazur serves modern French cuisine with Italian inflections. Argentinian-Italian Mauro Colagreco is the chef. Mirazur reservations: bookings can be made via on online booking form on the restaurant’s website, by emailing reservation@mirazur.fror by calling +33 492 41 86 86 between 10am and 3pm, and 6pm and 11pm.​ 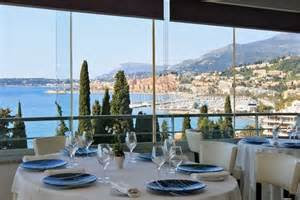 5. Noma; Copenhagen, Denmark
Having ranked top of the list four times, Copenhagen’s Noma needs little introduction but this year it deserves special mention – the restaurant will close at the end of this year so will never be eligible for inclusion on the list again. Though the restaurant will be missed by many, its legacy will be felt for years to come. Copenhagen now counts as one of Europe’s preeminent dining capitals and fine-dining restaurants around the city feature chefs who cut their teeth at that fabled establishment. Noma reservations: bookings are of course extremely difficult to secure but you can try via the restaurant website’s online booking system or by calling +45 329 632 97. Reservations are now being taken for visits up to the end of September; from July 4 at 10am reservations will be taken for October. Reservations for November will be taken from 10am on August 1.

4. Central; Lima, Peru
This Lima restaurant serves a Peruvian menu with international touches and is the most celebrated of the many lauded Lima restaurants popularising Peruvian cuisine internationally - it this year enjoys the further distinction of being the highest-placed South American restaurant in the list. Central reservations: diners reserve their table at least 60 days prior to their desired date of arrival, using Central’s online booking form. Booking queries will be confirmed within three working days and the restaurant is currently accepting reservations up to August 31. Reservations from September to December will be accepted from August 1.

3. Eleven Madison Park; New York, USA
Visitors can expect a highly personalisted experience, with the chef often modifying dishes so they more directly cater to individual tastes. During dinner, a seven-course tasting menu is served, offering cuisine that is "modern French with a New York twist". Eleven Madison Park reservations: to book, call +1 212 889 0905 or visit www;opentable.com where bookings are taken 28 in advance for parties of six or fewer. The reservations office is open from 9am to 6pm daily.​ 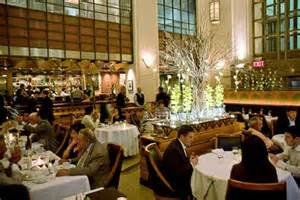 2. El Cellar de Can Roca; Girona, Spain
Named the world's best restaurant in 2013 and 2015, it is run by the three Roca brothers and serves modern Spanish cuisine. Guests can expect to feast on the likes of Iberian suckling pig, and the brothers' frequent trips abroad mean the menu occasionally incorporates some international and unexpected flourishes. El Cellar de Can Roca reservations: bookings can be made up to 11 months in advance via the restaurant website and credit or debit card details must be provided to confirm the reservation; a waiting list operates for those who can’t secure a reservation on their desired date.​

1. Osteria Francescana; Modena, Italy
Voted the world’s second best restaurant in 2015 and 2014, Massimo Bottura’s 21-year-old eatery was already exceedingly difficult to visit before it was named the world’s best restaurant in 2016. Visitors who do secure a reservation can of course expect an exceptional dining experience. Contemporary Italian dishes are spread across an a la carte and two tasting menus. Of the a la carte menus, Sensations is the more experimental and changes frequently; Evolution focuses on dishes and produce sourced directly from the surrounding region and more often offers dishes which have come to be regarded as Osteria Francescana classics. They might include Five Ages of Parmigiano Reggiano, a collection of cheeses with differing temperatures and textures, or Oops! I Dropped the Lemon Tart, an upturned and smashed take on the traditional dessert, devised in response to the artful deconstruction one of the pastry chef’s created when he inadvertently dropped one of the puddings one day. Though Modena lacks the international renown of other Italian cities, it’s an ancient and intriguing destination associated nationally with two of its core exports: balsamic vinegar and supercars produced by the likes of Maserati and Ferrari. Osteria Francescana reservations: bookings can be made via the restaurant website. The current booking period, running to the end of September, is completely full; reservations for dates in October and November will be made available from 10am on July 1. Reservations for November will be released at 10am on August 1. 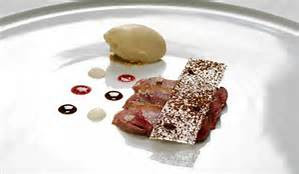 Thanks to the Daily Telegraph for their information.