The UK press are suddenly telling us something we already know - 'Chinese meals are salty'. The morning after a visit to my local Chinese restaurant or after a late Oriental takeaway, there is always a need for plenty of water to counteract that intense dryness one feels. So what's the big deal? 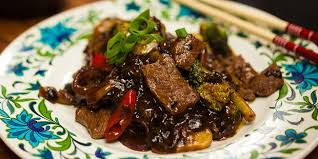 The press are saying that due to the large amount of salt in Chinese takeaways and ready meals, they should come with a  health warning. Campaigners, Action on Salt, have found that a typical Chinese meal contains more than 6g of salt - the maximum recommended for an adult for an entire day. The group analysed meals from six restaurants in London's Chinatown and found beef in black bean sauce, a favourite of mine, contained 6.8g of salt. Apparently adding noodles took the salt figure to 11.5g - the equivalent of 33 packets of crisps. Beef in satay sauce with noodles had 9.6g of salt. Action on Salt also looked at 141 supermarket Chinese ready meals. Slimming World's Chinese Style Banquet Rice had 4.4g salt per 500g pack. A Marks & Spencer Crispy Sweet and Sour Chicken Banquet measured 4.13g salt per 500g pack.

The campaign group are calling on the UK Government to force restaurants to put warning labels on high salt dishes and set new salt reduction targets for ready meals. I can't see this happening any time soon! The Chinese Catering Association UK is reported as saying that it has been encouraging members to produce dishes with lower levels of salt. While the British Retail Consortium is also saying that supermarkets are reducing salt levels 'by providing clear nutrition labelling and offering appropriate proportion sizes'. (Is that salt reduction, I ask?) 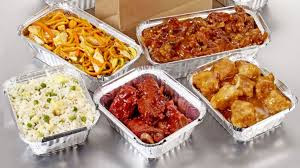 Salt is the forgotten killer, with too much attention now devoted to high sugar content in our foods instead. Salt puts up our blood pressure, leading to tens of thousands of strokes, heart failure and heart attacks every year.