The increasing number of people switching to trendy meat-free diets has seen the sales of Quorn soar, according to recent reports. Quorn is set to become a billion-dollar brand, powered by the rising number of vegans and vegetarians. Sales of Quorn products, which replicate the shape and texture of everything from burgers to fish fingers, including sausages, has risen by 15 per cent over the last year. 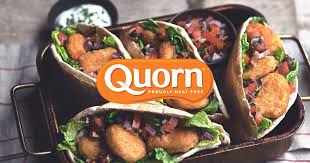 Surprisingly the food was developed originally from fungus found in soil samples collected in North Yorkshire and is a good sources of protein. A British creation, Quorn has been in supermarkets since 1985 and has out-run all the US attempts to develop meat alternatives. It appeals to those 'flexitarians' who cut down on eating meat as a health and lifestyle choice. It is young adults in the UK who are moving away from red meat, both for animal welfare and environmental issues. Intensive farming, animal living conditions and animal slaughter are issues for the young and trendy, as is the increases in greenhouse gases caused by livestock production. With the population set to increase to 11 billion by 2050, we need to reduce our meat intake and eat more protein sources that have a lower impact on the planet now! 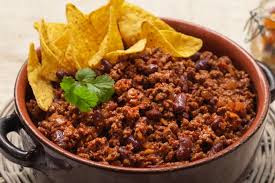 The Quorn Company is a global success story with sales up by 16 per cent to £205million. Growth in Europe is at 27 per cent, while it is 37 per cent in the US, despite the food tech companies there spending billions developing their own meat alternatives. Quorn is exported to 20 countries and is set to become a billion dollar business by 2027 - they have delivered four billion meals since launching in 1985. However, the rise of Quorn has not been without controversy in the US, with their Centre for Science in the Public Interest claiming it has received 2,500 reports of allergic reactions to Quorn. As a result, packs in the US carry an alergy note. A Quorn spokesperson is reported as responding by saying that they give their data to allergy experts and 'they describe Quorn as benign as a potato'.