US Win The World Pasty Championship

What a disgrace! A Championship Pasty without meat and potato! An American newcomer has taken first prize at the World Pasty Championship using the most unusual ingredient - pineapple. 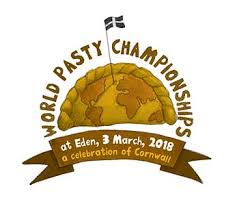 In the Championship to find the best pasty in the world, The Pure Pasty Company from Virginia beat the UK entries with a dish it described as the 'Hawaiian pizza' of pasties. Believably, it is the first time an American contender has won the accolade at the awards, held every year at the Eden Project in Cornwall. It's enough to make a  Cornishman choke on his meat pasty!

In addition to the contentious addition of pineapple, the US winning pasty as filled with barbecued chicken, sweet potato, courgette, red pepper and sweetcorn. The winner, Mike Burgess (below), who founded his Pure Pasty Company in 2010, is quoted in the UK press as saying that he loved combining traditional Cornish pasty ingredients with American dishes and coming up with something new. Thankfully, the Warrens Bakery from Cornwall came second in the championship with a pasty that featured a vegan yellow Thai filling - hardly traditional, I hear you say. 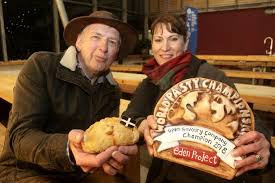 What's the world of food coming too, when we Brits get beaten with a pasty on home turf!