London Challenged in the Food Stakes

I’m always going on about newspapers and food magazines constantly reviewing restaurants in London and ignoring the range and quality of eating places outside the capital and particularly those north of Watford. Olive magazine’s food writers for example, have a habit of filling pages each month with features about London’s booming restaurant trade and fail to get out of their offices and catch a train north. Well, it is reported in the Daily Telegraph this week that cities north of Watford are challenging London’s claim to have the best food scene in Britain, an annual “Cool List” of restaurants has claimed. British foodies no longer need to trek down to London to experience good, modern cooking. 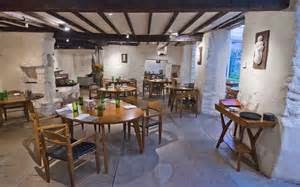 The M62 corridor in particular was singled out, praised both for its unique culinary offerings and for attracting some of London’s best establishments to open up new branches. Cumbria’s two Michelin-starred restaurant L’Enclume (above), from the chef Simon Rogan, was voted Best Restaurant in the UK by the Good Food Guide in November. Rogan has also recently opened a new restaurant, The French, in Manchester, where there is also Manchester House, under the guidance of Michelin-starred chef Aiden Byrne (below). 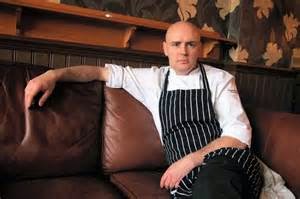 More affordable restaurants that created a buzz last year, such as Meat Liquor and Iberica, are planning to open northern branches, the former in Leeds and the latter in Manchester. Tony Naylor, a food writer who surprisingly helped compile Olive's 'Cool List', described the recent blossoming of the northern food scene as one of the “most significant current trends in UK food. Certainly where food and drink are concerned, Liverpool, Leeds and particularly Manchester are bouncing” he said. "In central Manchester, The French and Manchester House are vying for Michelin stars, but across the region - at Volta in Manchester (below), Salt House Bacaro in Liverpool, the Tapped Brew Company in Leeds, all new openings - there is plenty going on at a more affordable level that is just as exciting. You can tell how things have changed by the way hip London brands are now looking to expand here.” 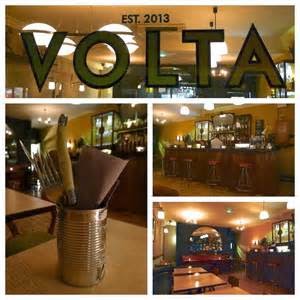 Meanwhile in Birmingham Adam Stokes, of Adam's Restaurant, who previously earned a Michelin Star and 4AA Rosettes in 2011 whilst in Scotland, joins the ranks of the city's other Michelin starred chefs, Glynn Purnell of Purnell's Restaurant (below), Richard Turner of Turner's Restaurant and Luke Tipping at Simpsons. Located in the heart of Birmingham city centre, Adam Stokes opened his first restaurant last spring and the eponymously named fine dining restaurant on Bennett's Hill, between Snowhill and New Street railway stations, seats 25 and serves an innovative menu of modern British food. 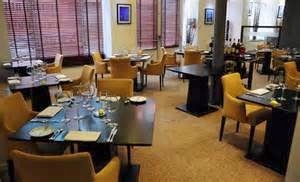 And low and behold, Christine Hayes, Olive’s editor, said: "There is a new found boldness in the UK food scene. As we emerge from the longest recession in living memory experimentation and new ideas and launches are coming thick and fast. It is also encouraging that there seems to be a move away from the capital being the centre of gravity. Britain remains at the forefront of an ever-changing food revolution and we should all be proud of our innovative food scene."


Let’s hope that future editions of Ms. Hayes’s magazine better reflects this ‘move away from the capital’!