Raise a glass of bubbly if you can, to celebrate the sparkling success of English wine makers who have just heard that experts in Paris have rated our sparkling wine better  than champagne. 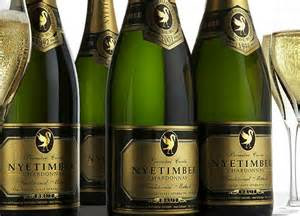 Big names in the French restaurant industry on Friday awarded the UK a victory to two categories and a tie in third. Half of the tasters in in the blind test thought English wine was champagne. Among the successes was a £40 bottle of 2009 Nyetimber for  West Sussex. Nine of the 14 member panel thought it was better than a £65 bottle of non-vintage Billecart-Salmon champagne. Also a £38 Gusbourne rose from 2011 form Kent beat a £35 non-vintage Ayala rose champagne by the same margin. It seems Paris bankers are astonished that English wine is not their own champagne.

English wine has started to flourish in recent years thanks to a warming climate and chalk soils suited to vines. There was a 40% increase in applications to develop vineyards last year. As I have previously blogged, champagne house Taittinger is among the speculators buying 170 acres of farmland near Canterbury.

The UK produced five million bottles of sparkling wine last year - a figure expected o double by 2020. So why not give that bottle of champagne on offer to Sainsburys a miss and go for the UK's sparkling wine instead. Buy British! 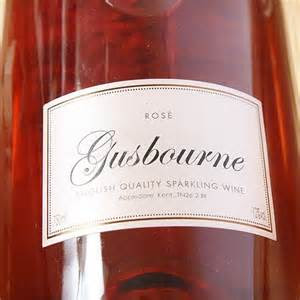