I don't know about you but a cursory scroll through Instagram  or Facebook on any given day and all you see are pictures, whether selfies, sunsets or food. I naturally hone-in on the food pictures, as I have probably up-loaded food pictures myself. But according to Rhiannon Williams from the Daily Telegraph, the unfortunate truth is that unless you've got a particularly good eye, even the most delicious meringue can end up looking a foamy mess under the merciless flash of a smartphone camera. However, according to seasoned food photographer Hugh Johnson, who has  shot Heston Blumenthal, Yotam Ottolenghi and Thomasina Miers' creations, there are a few tips on how your images can look as good as his. 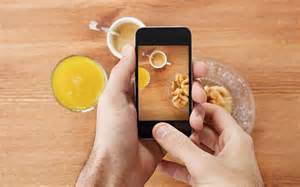 1. Don't overcrowd the shot - Don't try and capture too much in a single image, especially if it's going to be cropped and uploaded to Instagram anyway. Focus on a key area, such as the sheen of an egg yolk or a steak's pink centre, but not so closely a viewer won't be able to tell what it is.
2. Consider the lighting - Using a flash in a dim restaurant will bleach your food of any defining features and splashes of colour. A plate will always look better in natural light, but when sunshine is out of the question, make sure you're focused on using as much of the available light as possible, or try and use the shadow to your advantage. 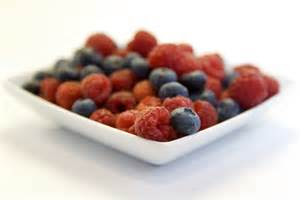 3. Keep it steady - Tuck your elbows closely into your sides to keep the camera as stable as possible and avoid blurring. Optical image stabilisation on smartphones including the HTC 10, LG G5 and iPhone 6s Plus can also help to keep this to a minimum.
4. Move things around - Too many people ruin what would be a perfectly good shot by failing to consider the backdrop properly. Make sure all menus and unruly napkins are out of sight, alongside any dirty cutlery or smartphones on the table, and let the food take centre-stage. Likewise, think about whether the dish will look better photographed from above or from the side. 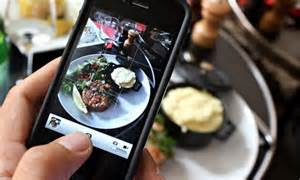 5. Consider using a proper camera - While smartphone cameras are increasingly capable, they don't all come with the array of functions and lenses as you can achieve with a DSLR. If you're serious about your Instagramming, changing lenses is helpful to achieve focus via a narrowed depth of field. Hugh uses a 42.2MP Sony a7R II.
6. Use the widest aperture possible - This will only apply to those using full cameras, but using the widest aperture available to you will ensure the maximum level of light, allowing the majority of focus on the foreground.
7. Add oil or water - Adding oil or water to food, particularly salad or vegetables, adds an appealing glisten that works well on camera. This can help avoid the meal looking flat or like it's been sat out for a few hours, which it might well have. 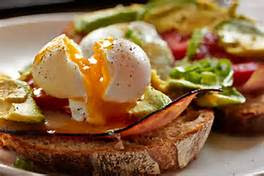