Don't Throw Your Wine Away

The UK press was full of articles yesterday about the amount of wine we Brits pour away. Some newspapers said it is as much as the equivalent of 624 million bottles a year, according to research. It seems many of us assume that once a bottle is opened that the wine will not last and so we throw away whatever is left. Think of all that waste? Given the high cost of wine in the UK, compared to our European neighbours, we are not only wasting drink, but money too. It's all rubbish - as most bottles will keep for up to five days, providing a stopper or cork is put back in. We just need educating on how to make wine last. 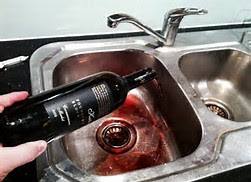 The research tells us that UK households throw away an average of two glasses of wine a week and one in five of us think the remains of a bottle of wine, whatever its colour, must be thrown away after only half a day. Equally, we think that once Champagne or Prosecco has lost its fizz, it is undrinkable. However, some of us, 42 per cent to be exact, pour leftover wine away because we do not think we will get around to drinking it. (That's not me!) Added to this, two in five Brits felt they had left the wine out of the fridge for too long, 30 per cent admitted to forgetting to cork it and 24 per cent said they opened more than they wanted to drink.

I reality, wine, including sparkling wines and Champagnes, can keep for as many as five days. Here's how:-

Move the wine to a smaller bottle
You can minimise air exposure by transfering the wine from a half-drunk bottle into a smaller screw-cap bottle. Even if there is still some air at the top, it will be far less than in the regular bottle.

Put the bottle in the fridge
The cool temperature of the fridge will stop the wine breaking down, the same as it does with the food stored there. 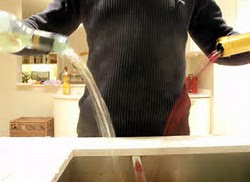