It seems that if you are throwing black 'ready meal' trays and packaging into the recycling bin at home, then you may be wasting your time. 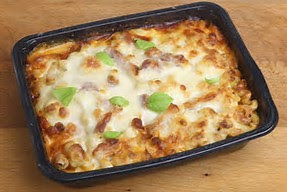 The black trays, frequently used for microwave ready-meals and meat packaging, cannot be recycled as the machines used to sort the recycled waste are unable to detect them. So millions of trays have to go to landfill or be burnt. The problem is that processing plants cannot identify black trays and divert them for recycling. The beams of light used in the sorting process to spot recyclable materials cannot pick out black trays on black conveyer belts that carry the rubbish. 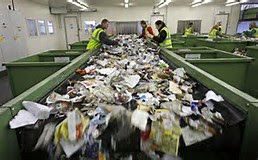 However, technology is on the way to solve the problem - a consortium, led by Nexteck, has created a different black pigment without using carbon black, allowing it to be spotted by infra-red detectors. At a cost of only half a penny extra, it is hoped that supermarkets will invest in the new packaging, already being trialed by the Co-operative supermarket chain. Nevertheless, this move would still require waste centres to invest in new technology to help sort the trays, before it can be adopted UK wide.

The new 'detectable' packaging is being trialed by Nextek, in cooperation with British recycling firm, Viridor, who are working on solutions to simplify the UK's maze of recycling systems. Press reports are claiming that the consortium with the Coop are working on a potential breakthrough in tackling the global problem of recycling and the threat of 'black' trays filling up landfills. The change could ensure up to 30,00 tonnes of all types of black plastic packaging could be recycled rather than dumped or burned. 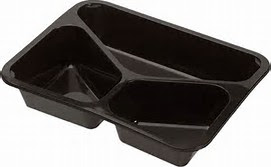 'One giant step for mankind, I say!'