It's happening again - some of our favourite chocolates are shrinking faster than a burst balloon! Bags of Maltesers, M&M's and Minstrels are shrinking in size by 15% while the prices are staying the same. 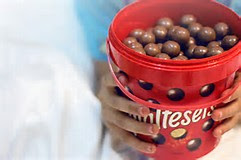 The famous 'shrinkflation' trend has hit confectioner Mars, as they up their profits leaving their customers with a rough deal. This is the second time in 12 months that the big chocolate producer has reduced the number of Maltesers in its sharing bags, now down from 103g to 93g. It was only last Autumn they reduced it from its original 121g. Likewise, family bags of M&M's are 25g lighter while Minstrels are down by 10%. Other top brands have have also fallen victim, including Toblerone, where its owner Mondelez, caused uproar last year by widening the gap between the bar's famous peaks.This shrank the Toblerone weight from 170g to 150g, infuriating UK customers, as worldwide, the weight remained unchanged. Magnum ice cream, Aero bars and Tropicana orange juice have also suffered from the 'shrinkflation' trend, as I blogged last year. 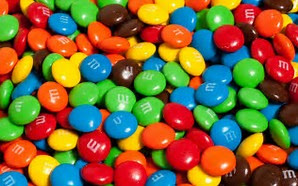 Shoppers are certainly loosing out, as they now get less for their money. But what's the cause? It seems that manufacturers are trying once more to protect their profit margins. A Mars spokesperson is reported to have said that they have been absorbing rising raw material and operational costs for some time, but now they are under pressure and things cannot stay as they are. They say that the size of products is not a decision they take lightly.

A recent survey showed that UK shoppers would pay more rather than see their favourite brands shrink in size.