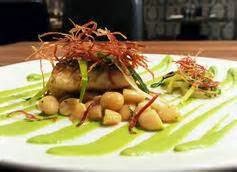 Whenever I pick up a weekend newspaper and turn to the  food section, I cannot help but be amazed that the restaurant reviewers seldom venture outside the capital to taste the good food on offer in the UK provinces. A.A.Gill and his fellow foodies, who pontificate every weekend, in one broadsheet or another, about their experience of tasting equisite dishes at this Michelin star gastro pub or that AA Rossette brasserie, need to know that Britian does not end at Watford. There is a world of delicious food out there in the far-flung outreaches of Blighty.

Anyone who has been to the UK's second city, Birmingham, will know that it is now a world-class dining destination, with many top quality restaurants, not to mention its world wide reputation for Indian cuisine. Usain Bolt, when training in the city for the 2012 Olympics, particularly mentioned the quality food on offer in Birmingham as a key factor in helping him settle-in and prepare for his gold medal success. 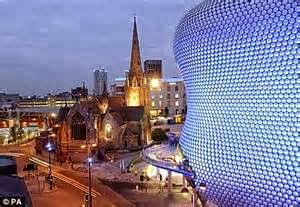 So, it is no surprise to Brummies and to enlightened UK travellers, but it may be to A.A.Gill et.al., that Adam's Restaurant has recently claimed a fourth Michelin star for Birmingham. Adam Stokes, an award-winning restaurateur moved to the second city six months ago to join the city's thriving culinary community and in achiving a fourth Michelin star, has ensured that Brum maintains its reign as a home to more Michelin-starred restaurants than any other English city outside London. 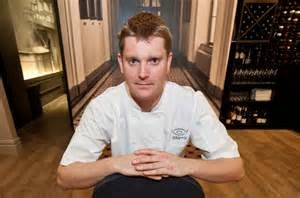 Adam Stokes, of Adam's Restaurant, who previously earned a Michelin Star and 4AA Rosettes in 2011 whilst in Scotland, joins the ranks of the city's other Michelin starred chefs, Glynn Parnell of Parnell's Restaurant, Richard Turner of Turner's Restaurant and Luke Tipping at Simpsons. Located in the heart of Birmingham city centre, Adam Stokes opened his first restaurant this spring and the eponymously named fine dining restaurant on Bennett's Hill, between Snowhill and New Street railway stations, seats 25 and serves an innovative menu of modern British food. Open five days a week, Adam's serves two tasting menus of varying length showcasing Stokes style. The 'Tasting 5' and the full culinary experience, the 'Tasting 9' menu are priced at £45 and £75 respectively. A light lunch menu of one, two or three courses is also available alongside either tasting menus to whet the appetites of lunchtime diners. 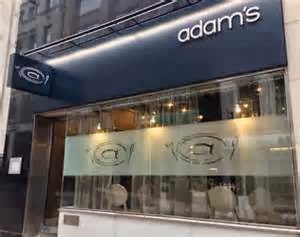 Adam is the latest culinary star to join the city's growing list of coveted chefs flying the flag for the UK's second city on the international stage. Recent research shows that 60% of visitors come to Birmingham to experience the world renowned food and drink. To The Times, Telegraph and Observer food reviewers', I say, ''Please take note!''