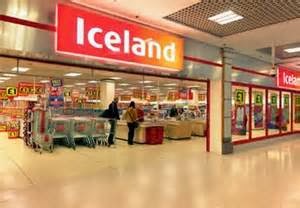 Iceland's PR Consultant claimed that half the country love Iceland and half the country hate it, despite the latter never visiting a single store. ''It is all about snobbery!'' he said. So, was Monday nights first of three visits to the Iceland empire an attempt to educate us on the finer points of frozen food selling?

This new BBC2 documentary follows the changing fortunes of Britain's smallest supermarket chain and its charismatic CEO Malcolm Walker. The first edition revealed how the company's top performing branches competed over the busy Christmas period for a cash prize of £10,000 and followed the work of buyers as they searched for new products to add to the freezers and combat the increasing competition from the big three supermarkets. But the new year brought a crisis with the alleged discovery of horse meat in Iceland beefburgers. 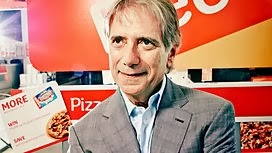 Maverick boss, Walker beleives that his shoot-from-the-hip leadership holds the key to a happier workforce and increased profits and this series opens the doors on his Willy Wonka empire and shares the secrets of the food, the boardroorm and the colourful life of the stores and their staff. On Monday we witnessed corporate 'jollies' abroad and rousing motivational conferences starring Jason Donovan, which helped to make Iceland the happiest company to work for in the UK. It's 25,000 staff, delivering 100 million low cost ready meals to their 4 million customers, were all focused on the 'Christmas war on the big supermarkets' even if it required them to dress as snowmen, elves or fairies. Iceland's 760 store managers expected all their £6.90 per hour shop floor staff, to make sure that they were in the running to land the briefcase of cash to be hand-delivered by Malcolm. We followed the exploits of branches in high streets in Ewood and Cheetham Hill as they persuaded their mainly 'down at heel' customers to give them an on-line 'Wow' vote. We were kept in suspence on the winners until the CEO dropped in by helicopter with Cheetham Hill's cash. 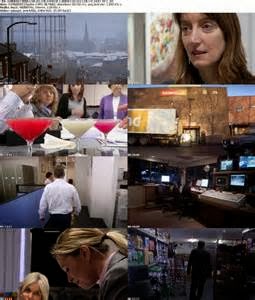 While the inter-store competition provided the 'meat' in Monday night's 60 minute 'pastie', the 'pastry' was deliveved by the search for new freezer products. Despatched to Bangkok, from where Iceland source all their party range, buyer Nigel experimented with 'All Day Breakfast Bites', 'Roast Chicken Dinner Bites', 'Sausage and Mash Bites' and 'Prawns in Bacon Blankets', only to fail at every taste. We witnessed the final showdown back in the UK, where the Product Director gave the final nod  to 'King Prawns in Rice Crispy Batter' but a thumbs down to 'Alcohol Jelly Cocktail Shots'. 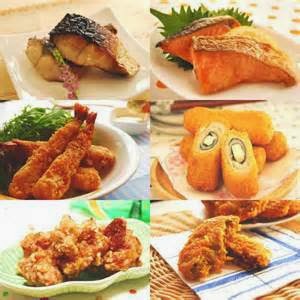 The first edition closed with the horse meat scare threatening to put the improved Christmas sales in jeopardy. Viewers were treated to a taste of next week's episode when Malcolm Walker faces the media rampage including an appearance on Channel 4 News and a seat before a House of Commons Select Committee.

After Monday night's show I was left with quotes from CEO Malcolm still ringing in my ears:-
This three part documentary is a 'must see', so try not to miss next Monday's visit to Iceland on BBC2 at 9.00pm.