Preparing A Brace of Pheasants

A friend of ours is a beater on the Ragley Hall Estate in Warwickshire and at this time of year he is very busy with the pheasant shoot that takes place most weekends. His reward for a day of beating is a couple of brace of pheasants and last Sunday he was kind enough to give us a brace of birds. 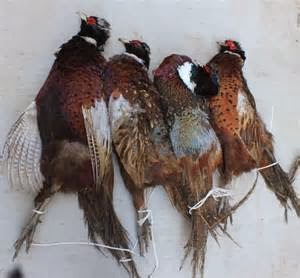 Pheasant prepared by yourself makes a tasty and very inexpensive meal. Pheasant is best after hanging at least 2 days in cool conditions before plucking. Since game is usually tougher than domestic poultry, hanging also helps to tenderize the meat and enhance the gamey flavor. The longer the meat hangs, the gamier it tastes. We hung our brace in the summer house for 4 days, allowing the air to circulate around each bird, before plucking and preparing. 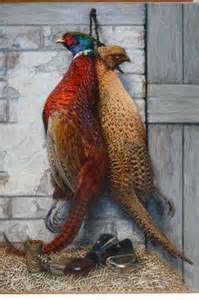 To begin the preparation, lay the pheasant on its back. Cut through the elbow joints to remove the feet and discard them. 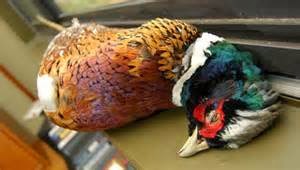 Cut off the wings using your game shears or scissors. Ensure that you clip the wings off as close to the pheasant's body as you can. 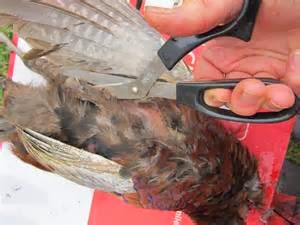 Cut the head off using your shears. Ensure that you cut the head off at the base of the neck, as close to the body as you can. Cut off one leg at the knee, using the scissors or shears. Ensure that you keep one leg attached if you haven't already transported the bird home. The foot has a spur, which provides proof to wildlife authorities that the pheasant is a legal game bird. If you've already transported the bird home, cut off the other leg. Grab the pheasant skin at the top of the breast, right where you cut off the head, and pull down to the tail end. Once you've pulled the skin to the tail, cut off the tail where it meets the body, using shears. 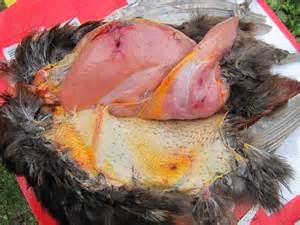 Cut from neck to tail-end along both sides of the spine, then grab the tail-end and pull the spine up toward the neck to completely remove it. This action will remove most of the innards. Pull off the lungs and any remaining organs, if necessary. Rinse the bird off thoroughly under cold water until blood is no longer visible, and the breast is free of any debris. 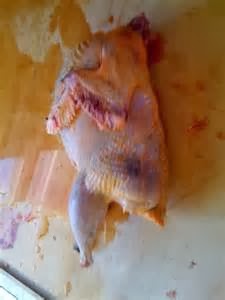 The bird is now ready to roast or alternatively you can separate the two breasts and the legs and freeze for future use. This is exactly what we did and will we will store in the freezer for that special dinner party! 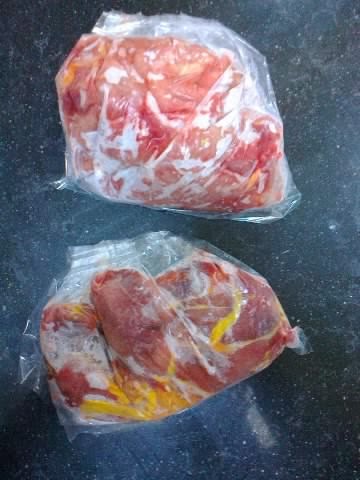 If you decide to roast the pheasant, then season the bird inside and out. Place a piece of apple, cored and skinned, or half a small onion inside the bird together with one tablespoon of butter. Rub the outside of the bird with another tablespoon of butter and cover the breast with 4 slices of streaky bacon. Alternatively, omit the bacon and wrap in tinfoil. 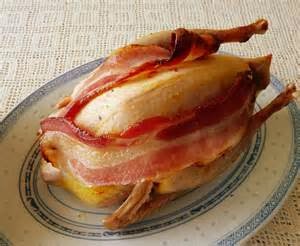 Roast at 190'C or gas mark 5 for 45 minutes, if it is not wrapped in tinfoil then baste from time to time. Remove the bacon or peel back the tinfoil for the final 10 minutes of cooking to brown the breast. Make a thin gravy with the roasting juices and serve on a warm plate. 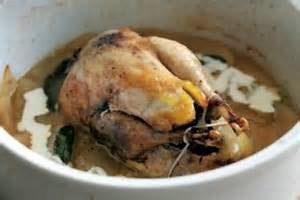