After the Christmas and New Year period, we frequently have left-overs that need to be used up to avoid them going to the trash. Cheese is one of those ingredients that seem to fill the fridge over the festive period, but we are often too satisfied at the end of a celebratory meal to extend to the cheese course. It was with the intention of using up left-over cheeses in all varieties that we opted for a pizza making session yesterday. 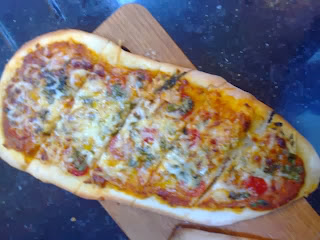 The key to a good pizza is undoubtedly the flour. Strong flours are idea for making bread but the are not great for pizzas because they contain gluten and the dough is hard to roll out and will shrink back. Type 'OO' flour is very fine and made from soft wheat and doesn't have such elasticity, making it ideal for pizzas, pasta, biscuits and sauces. You can buy 'OO' flour at most large Sainsbury's stores and at Carluccio's deli. 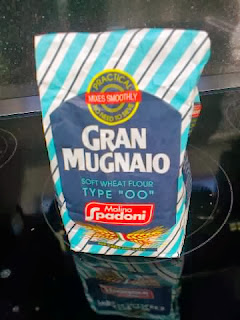 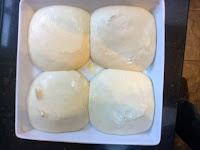 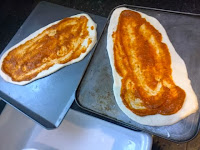 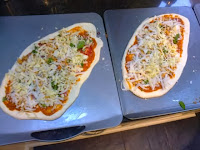 I hope that you enjoy this simple pizza recipe and will try a range of toppings in the future - peppers, anchovies, sausage, olives, ham, or prosciutto.

Once cooked, the pizzas an be frozen for future use. Allow them to defrost thoroughly before re-heating the pizzas in a very hot oven for 5 to 7 minutes. 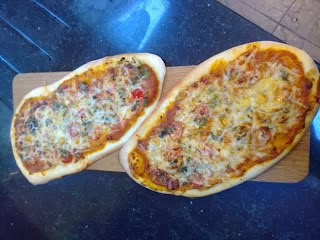