Glamping - Yes or No?

Are you thinking about Glamping this summer? Don't know what it is? Well, the following article by Daily Telegraph  columnist Alex Polizzi may convert you to this new glamorous form of luxury camping in the Midlands most beautiful county, Herefordshire. 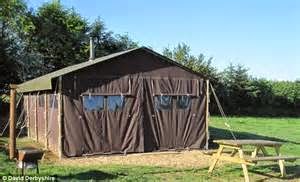 Alex writes  - You will not be surprised to hear that camping in Britain has remained very low on my bucket list. I have pitched a tent in northern Spain, in Italy and even in glorious France – or at least the boyfriend of the time did – but even in perfect weather and with the sea lapping gently just a few feet from the canvas, I was annoyed by the sand that got everywhere, the discomfort of sleeping on the ground and how long-winded were the preparations for the simplest meal. Tales of muddy fields and festivals leave me quite unmoved by any pang of envy. England, it seems to me, is quite the worst country to think of camping in — for purely meteorological reasons.
It bolstered my shaky resolve considerably, therefore, to have brilliant sunshine forecast as I set off for a weekend under canvas at Hollings Hill Farm in Herefordshire – part of a group called Feather Down Farms – with my long-suffering husband, Marcus, and daughter, Olga.


Austin and Fay Knowles have been running a 400-strong dairy herd on land rented from the Duchy of Cornwall for the past 15 years, and became part of the Feather Down offering six years ago. The six tents on their farm are only five per cent of their business, but they wanted to enhance the experience of their guests and came up with the idea of a “retreat with treats”, which sold me the idea of “camping for wimps” in the first place.
We arrived at about 5pm and were immediate beneficiaries of the luxury camping experience, as our luggage was brought to our tent in a golf buggy. Our tent was exactly as it looked on the website, large and high, with the entrance flaps drawn invitingly back and a vase of fresh flowers on the table. There was also the appealing addition of a large, covered veranda with a wooden floor and a couple of big and very comfortable deck chairs. There was a picnic table with benches outside, our own chicken coop a few feet away, four very large and noisy pigs in an enclosure just a little farther on and a gaggle of very white geese pecking about. 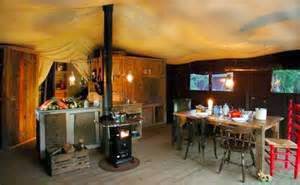 The main room was cunningly furnished with mismatched chairs around a scrubbed table, a cold box, a rocking chair and wicker armchair with cushions, a log-burning stove and a rustic zinc-topped island, housing a sink, plenty of enamelware cups and plates, pots and pans. There was a huge kettle, which we had gently steaming throughout our stay. Above the table hung an ingenious pair of candelabra and there were two paraffin lamps above the stove.
Olga was so excited that she didn’t know where to look first. She was already begging to be allowed to sleep on the top bunk until we were shown the cupboard bed, one side opening into the living area and the other into the main bedroom, with hearts carved as peepholes in the doors.  Our double bed had two single mattresses and two single duvets, a lovely patchwork quilt and patchwork curtains to give us some privacy from the main room. Shelves are stacked apple crates, and there are hooks to hang clothes. And the loo may be purposefully quaint, but it is also plumbed in. We were charmed by it all; just rustic enough to give the flavour of camping, without the disturbing prospect of stumbling across fields by torchlight with a bursting bladder. 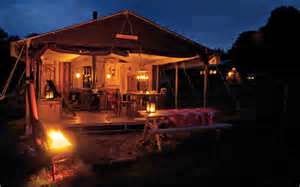 Fay lit the outside stove for us and gave us some more cheering information. The water from the tap comes from a borehole and is safe to drink. There is an honesty shop on the farm stocked with plenty of essentials. I am sure real campers wouldn’t have used it quite so much, but the butter, tea, milk, sugar, baked beans, ketchup, bread and torch we bought there were invaluable. The shop’s freezer contains frozen water containers you can take to keep the cool box cool, and the items in the welcome basket included the eggs and sausages with which my husband busied himself to make our first meal. Baked beans and roasted tomatoes taste unusually good slow-cooked by your beloved in this manner. And the carrot cake supplied was the best I have ever eaten.
As we sat on the veranda with a glass of white wine, watching the slowly reddening horizon, reading to Olga, I was filled with peace and contentment. As soon as darkness fell, Marcus stoked the stove and we dived shivering into bed. “It’s not really camping, is it?” he asked, and I had to agree with a sigh of pleasure. 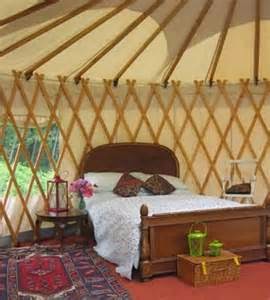 We awoke in the freezing dawn to fog and drizzle and I realised that I had been fooled by the previous day’s sunshine into a novice’s error: I hadn’t packed wellies. Marcus revived the stove and I went to seek help from the shop, emerging triumphantly with three pairs of cast-offs. A hearty breakfast of bacon and tomatoes and we were ready for the farm tour.  My urban daughter was remarkably accepting of the stink and muck that attends a working farm, and completely entranced by walking Hoppity the goat and stroking the ponies. I liked getting the low-down on all the technical stuff: putting the cows on sand (a practice apparently imported from the US), milk fever, the eight-week milking holiday cows enjoy at pasture before every calving, and the ins and outs of a farmer’s day. 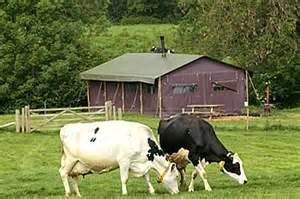 Fay and Austin have four children, and as I saw them chasing the sheep about their pen with shrieks of glee, so that Austin could start dagging them, I wondered if they had been the inspiration for Nanny McPhee and the Big Bang. They were chatty and personable and made Olga’s stay special – particularly Grace, nine years old and the pretty, clever, kind, sensible heroine of a novel if ever I saw one. There are lovely walks in the area, but as almost always, the lure of a town proved greater, and I had the excuse of needing to buy the ingredients for a stew. We bought beef at the award-winning Llandinabo Farm Shop in Ledbury (below), had a quick lunch at the Cameron & Swan café and delicatessen, invested in a bottle of Champagne at Hay Wines, bought a few early Christmas presents at Tinsmiths and returned as quickly as we could. 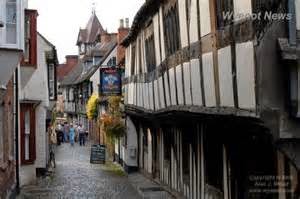 I set the stew to simmer and the potatoes to bake while we soaked for half an hour in the newly added private hot tub – Marcus opening and closing the log burner vent to adjust the temperature – while we enjoyed an uninterrupted view of fields and trees. Austin lit a big camp fire, and Olga roasted marshmallows and ran about until she begged to go to bed, for the first time in her life. We weren’t far behind.


We returned to London sun-kissed and happy. We had a glorious time. No electronic gadgets and no television, not much exertion, either, but a family weekend of the kind that we have never enjoyed before. 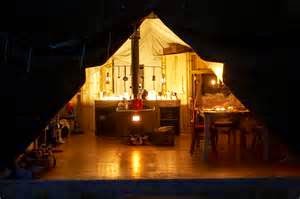 If you are converted to Glamping by Alex's inspiring description of her weekend away in Herefordshire then the Feather Down weekend package isn’t cheap – it costs £584 for three nights and all the extras on top – but how often is it possible to make a weekend away feel like a real family holiday?  Still interested, then see: http://www.featherdown.co.uk/