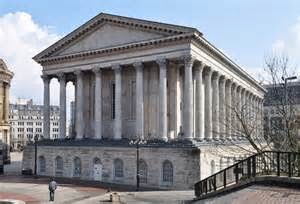 I was lucky enough to get an offer of a free ticket to see Miles Jupp, the comedian, at Birmingham Town Hall on Tuesday evening. It was not a sell-out gig and punters were paying at the door. The reception and box office seemed efficient and the staff helpful in directing you to your seat or to the bar or to the toilets, as the place is quite a warren of corridors, stairs and alleyways that you need help. The hall itself is vast, with a beautiful balcony on three sides of the stage, so this could not be called an 'intimate' comedy venue. It was an unsuitable place for a stand-up show, with only the stalls on sale. Miles Jupp must have looked up at the vast empty balconies and thought the same. 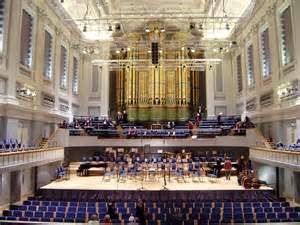 We had great seats on the front row at centre stage. The stage is high so we had to look up at Jupp. Sadly, the sound speaker on the stage in front of us, buzzed throughout the show somewhat spoiling our enjoyment and preventing us from catching Jupp's every word. Worst still, was the annoying couple behind us who both had a very loud (almost shouting) laugh, that was so false, that I wondered if they had been planted by Jupp himself to kick off the laughter after each joke. They were so irritating, they should have been removed! Jupp was okay in the first half and improved the longer the session went on. 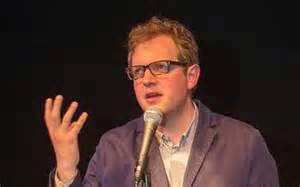 Interval bought a dash to the lower bar. Folk were not served in any logical order with 'elbows' winning the day. But why did we bother, when the drinks were ridiculously expensive - a small bottle of wine in a plastic glass was £4.50 and a bottle of Becks or similar at £4. It was not even a pint. How can this be justified? Similarly a tiny tub of poor vanilla ice cream at £2.50. I say 'poor' as by its taste and texture it had clearly partially melted and been refrozen. A left-over from a previous performance no doubt.

The second half proved to be Jupp's better half, with some entertaining political jokes. Unfortunately his finale, a long drawn out story about a pair of trousers, failed miserably at the punch line. Even the couple behind me did not laugh! Jupp needs to re-think this one for the rest of his UK tour.