It is Britain's National Beer Day today and it is to be held annually on June 15th starting now.

Join us to celebrate Britain’s national alcoholic drink and help us spread the beery love. At 12.15pm today join in a national cheers to beer and help us trend on Twitter by tweeting using the hashtag #CheersBDB. Please download the information pack for more details.
June 15th is also the date that Magna Carta was sealed in 1215 and in 2015 it will be the 800th anniversary with national and international celebrations. Article 35 of the great charter stated:

‘Let there be throughout our kingdom a single measure for wine and a single measure for ale and a single measure for corn, namely “the London quarter”‘. Ale was so important in England in 1215 that it was mentioned in one of the most significant legal documents in history – the influence of which has been described as England’s greatest export. Beer lovers might argue that beer is Britain’s greatest export because in the 18th century British ships spread the desire for beer to all hemispheres of the world. More styles of beer invented in Britain are now brewed regularly around the world than those of any other brewing nation. These include Pale Ale, India Pale Ale, Mild, Brown Ale, Stout, Porter, Imperial Russian Stout, and Barley Wine. 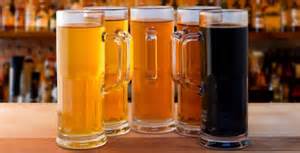 Today beer and pubs are still central to the social health of the nation and in economic terms they contribute £22 billion annually to Britain’s GDP. One job in brewing generates twenty one jobs in agriculture, retail, pubs, and the supply chain. Britain’s brewing scene is the most dynamic and exciting it has ever been with more breweries per capita than any other country. There are so many great reasons to go to the pub, visit a brewery, ride on an ale rail, brew a celebration ale, or host a beery BBQ on Beer Day Britain and rejoice with a delicious glass of British beer. 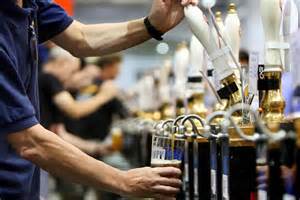