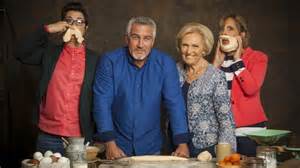 As I have said before, most people watch the BBC's Great British Bake Off to see the disasters and not to improve their baking skills. It's just not true that the hit TV programme has stimulated folk to take up home baking, despite the apparent evidence presented by supermarkets and cake making suppliers. Well, there should be very few disasters in tonight's final, or will there? Will Ian's elaborate construction topple as he lifts it from the oven? Is Nadiya likely to be over-ambitious and feel the wrath of Paul's tongue? And will Tamal try adding one of his mother's secret spices to his elaborate cake with disastrous consequences? We will just to have wait and see, like the other 10 million viewers who will be tuning in. 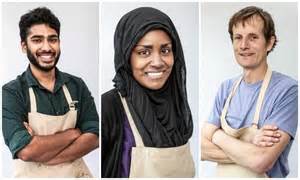 Tonight is the final of The Great British Bake Off and while we all have our favourite out of the three popular finalists, they are so closely matched, it will be difficult to predict who will win this evening. Frances Quinn, the winner in 2013, yesterday shared her predictions in the national press, of who she thinks will rise to the top. I'll share it with you and see if you agree with her.

''Ian
Photographer Ian is the first GBBO finalist to have ever built an oven from scratch and photographed the Dalai Lama. I'm presuming he'll be the last, too. He was the most consistent of the three finalists initially, having won star baker three consecutive times. However, his performance of late has shown up a few flaws amid his foraging and flavour strengths. Psychologically this could serve him (every pun intended) well. With his confidence knocked he’ll be more likely to dig deep to prove himself and lift maybe not only a bucket of white chocolate but the trophy itself. His ability to build and engineer bakes and chocolate wells from DIY kitchen kit brought in from home could prove a deciding factor in the final showstopper: a classic British cake (he's certainly got a good back catalogue of bespoke metal moulds). I’m imagining a heap of foraged flowers and herbs spread across Ian' s worktop and cake tiers. But whether this will result in everything coming out of Ian's oven smelling of roses is yet to be seen 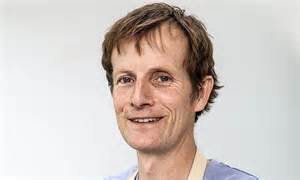 Nadiya
The final looks like it could be as dramatic as Nadiya’s facial expressions, and she could well be leaving the tent as proud as the chocolate peacock she created. She is firm favourite among many Bake Off fans: there are plenty of bets being placed on her, and even the Prime Minister has said he is backing her. Nadiya has grown in confidence and technical skill as the series has progressed, evident most recently in her climbing to the top of the technical challenge podium and taking the star baker crown for the last two weeks. In fact, both she and Ian are level when it comes to being star baker - they've both won three times. She's excellent at creating stylish, elegant bakes packed full of flavour. But she can struggle in the technical challenges. 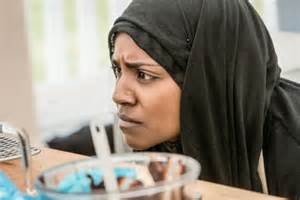 Tamal
Anaesthetist Tamal is the youngest baker by one year of the final three and the only one to have received star baker once. But as the last three previous series have shown,  this has proved to be the winning prescription. Tamal could be seen as the dark horse heading into the final, if the bookies odds are to be believed. He can have problems with timing, and some of his bakes have lacked finesse. But I think that the heartthrob - who is certainly ahead of the field when it comes to his popularity on social media - is in a very strong position to win.'' 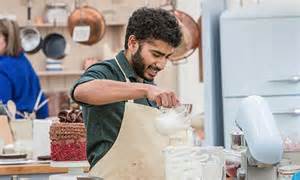 I don't now about you, but my money is on Tamal. Only a few hours to wait now before the winner is revealed.

The Great British Bake Off Final is on BBC1 tonight at 8.00pm.