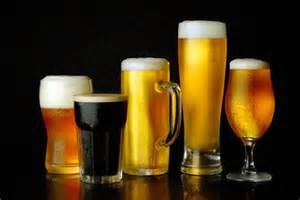 I’m not a big beer drinker, just the occasional half pint, but friends of mine who love a pint of the ‘Best’ tell me that that the price of their precious pint has crept up? And they’re right!  A report in the UK press yesterday says that the average cost of a pint of beer in the UK is now £3.46, which is 15p higher than last year. But it is so much cheaper in mainland Europe – why? Approximately 52p per pint is beer duty (tax), based on a 5% abv lager, though this differs based upon the strength. But how does the price of a beer differ across the UK and across Europe?

Unsurprisingly, the most expensive place to buy a pint is in London, with an average price of £3.92 per pint, with the Scottish Islands close behind at £3.85. Maybe that’s because it is expensive to get it there! Outside London, the Home Counties follow London with Berkshire and Sussex at £3.66.

Herefordshire, my neighbouring county, is where you should head if you want a cheap drink, with an average price of £3.10 for a pint. Yorkshire is close behind on the cheapest at an average of £3.15 per pint, followed by Derbyshire at £3.20. My county of Worcestershire comes out at fourth cheapest at £3.20 for a pint. That's great news for me and my mates! The difference between the cheapest and the most expensive is a not inconsiderable 82p. 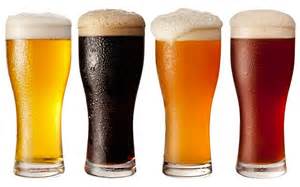 Looking at Europe as a whole, you may be surprised to hear that London falls around midway between the cheapest and the most expensive beers. Unsurprisingly, you can buy a pint for under £1.00 in the Czech Republic, with the average one costing 72p. Second cheapest is Romania at £1.00 a pint. This is dwarfed by staggering prices in Scandinavia, with Sweden leading the field. In Stockholm it costs you, on average, £5 to quench your thirst. And don't I know it, as I was there in April and all alcohol costs 'an-arm-and-a-leg'. Denmark comes in close behind Sweden at £4.70 a pint.

So what's the lesson to be learnt for hardened UK beer drinkers? Either go and live in a rural northern county or take regular cheap flights to Prague or Bucharest! 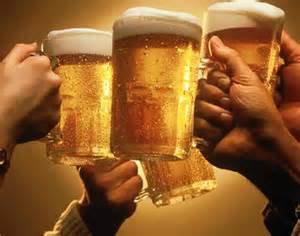