These days there seems to be a museum for everything. Close to me there is a a Needle Museum and I even know of a Dog Collar Museum, while in Cumbria there is a Pencil Museum. Yet, bizarrely, there is no museum dedicated to food – this seems a bit of an oversight. Fortunately, food creatives Bompas & Parr (below) are about to correct this by launching Britain’s first British Food Museum in London's Borough Market later this month. 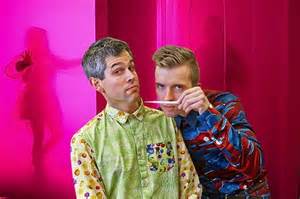 So what can we can expect from the UK's first Food Museum?.According to Bompas & Parr, the following:-

1. It’s going to be very interactive
Museums should be really fun - planned exhibits include a ‘journey through the gut’ that lets visitors sit upon massage chairs and watch video footage of a camera passing through the alimentary canal. The seats are synced to the footage so that vibrate at relevant points. The idea? You’ll actually get to BE the food being digested!

2.  You’ll be part of a 10,000-person experiment
You may have heard of  Oxford University's Professor Charles Spence for the research he contributed to Heston Blumenthal’s restaurant menu at The Fat Duck. But if you attend the British Food Museum, you’ll probably think of him as "that man who meant that you got free chocolate". There is an experiment to see how sound affects taste and guests get pieces of chocolate, sit in listening booths and eat certain bits while listening to specific soundtracks. Then they say what they experienced and the results go to Charles Spence, giving him 10,000 pieces of data to analyse. 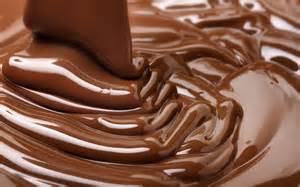 3. You’ll be surrounded by butterflies that are half a foot long
Without pollination there would be no crops. So to show the importance of the process to the creation of food, the museum will feature a fully functioning butterfly house, heated to 30 degrees centigrade, filled with fluttering caterpillars and banana plants (to acknowledge the fact that the building’s history is as a banana warehouse). Most of the butterflies are from South America and some of them will be around six inches. 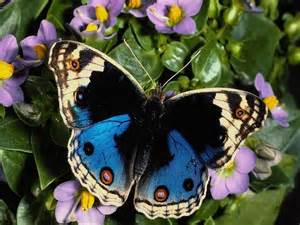 4. They’ve spent the last year and a half collecting menus
You can tell a lot about society from what’s on its menus. Bompas & Parr have spent the last 18 months running a campaign to get hold of restaurant menus. The results now stretch back to early Victorian times and will form one of the museum’s exhibits. They’ll also be joined by an exhibition of food art that includes macro photography of ice, as well as a neon sculpture of a fry-up and a knitted full English - a kind of exploration of the English breakfast. 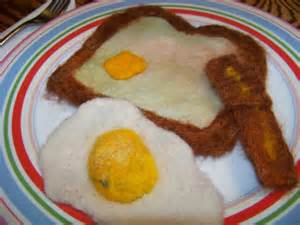 5. It’s already on the move
The current museum is based at Borough Market in London but Parr is already in negotiations for a new venue somewhere else. The plan is to use the current incarnation as a small-scale version to show their intent of what they’d do with a full museum. Once they’ve found a bigger venue, they hope to stay there for a few years, before relocating to a permanent location – and they’re currently assembling a board of trustees and seeking charitable status. 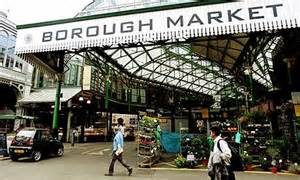 There’s so much fascinating history to food, that it is about time we celebrated FOOD!

You can find The British Food Market from 23rd October at Borough Market, London with tickets at £5 for adults and £4 for children. (see: www.bmof.org.uk)