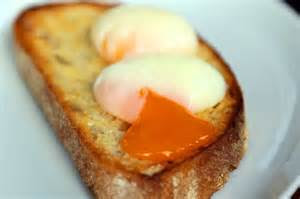 Have you been watching the Hemsley sisters on Channel 4 lately? I must admit that I'm not a fan but their latest fad caught my eye. While they have championed some great food ideas, their latest is a bit weird. On Monday night, Jasmine and Melissa put a space-age spin on eggs. On their programme, the trendy sisters went wild about 'biodynamic eggs' which have been produced using the moon as a guide.

In the programme, we saw the pair visit a farmers' market in Crystal Palace in South London and buy the eggs alongside some biodynamic vegetables. It seems that this is the next step up from organic food, with biodynamic farming based upon the theories of the Austrian philosopher and educationalists, Rudolf Steiner, who claimed the best time to plant crops was two days before a full moon. In the case of the eggs, the chickens are fed on grain grown according to Steiner's theory. 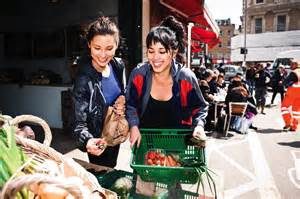 The biodynamic eggs cost £2.35 for a box of six, about 10p more than organic eggs. They are produced by, amongst others, Orchard Eggs. A report in the press yesterday quoted an Orchard Eggs  manager as saying that it was all about the constellation of the moon and other planets and the tides of the sea, which are guided by the forces of the moon. In addition, it's about the equity of the farm and the grain in each chicken's feed having been planted according to the astrological calendar. 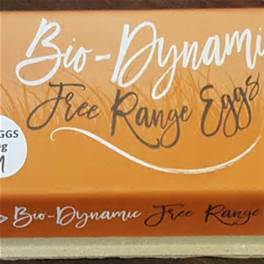 So do the eggs taste any better? According to a retailer of the Orchard eggs, quoted in news reports, the eggs taste amazing (they would do, wouldn't they?) and the yolks are bright yellow! However, the British Egg Information Service (yes, there is such an organisation), said there is no difference in the nutritious value in eggs from different production systems, and that includes organic.

I wont be rushing down to Aldi in a hurry this week for my biodynamic eggs, but you can bet that market stalls selling biodynamic produce will be springing up this summer at every Farmers' Market. While TV celebrity chefs will swear that biodynamic is better than organic and gullible viewers will be out buying 'Hemsley Endorsed Eggs (HEE)'