How often can you say that your Member of Parliament, Councillor or Representative does something that you like. Politicians get such bad press and most of it is deserved, but I can honestly say that my MP, the Business Secretary Sajid Javid, is about to do something about an atrocity that has been going on in the restaurant industry for ages. 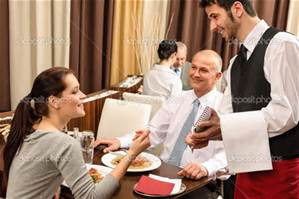 You will have read my recent blogs about 'optional service charges' and the fact that they are far from 'optional', with most restaurant customers paying them whatever the quality of the service they have received. Many people, but particularly younger people, don't want to make a fuss by asking the waiter to remove an 'optional service charge', so they press the OK button on the PIN machine. But on leaving the eatery, many of us ask ourselves whether the charming young waiter, who has just served us, will see much of the optional 20% 'tip' you have just paid.

Well, good-old Mr Javid (below), is to change this! In future the law may demand an end to optional service charges and some of our biggest restaurant chains are to be finally shamed into passing on any voluntary gratuities to their staff. So millions of pounds which should have gone to low-paid waiters, chefs and dish-washers, and were going to venture capitalists will be diverted, we hope, to the workers that keep their places successful.

The Government said yesterday that there will be a public consultation on restaurant tips. Depending on the outcome, food chains like Pizza Express, Zizzi, Giraffe and Ask Italian may no longer be able to state a suggested tip or optional service charge on PIN machines and they may even have to state their tipping policy - that they pass them on to the staff in full. However, in the meantime, as I have advocated before, there are things we can do as diners to improve the restaurant-chain waiters lot. First, ask them if they receive the tips. If you do not get a clear answer from a nervous employee, then after settling the bill and avoiding the automatic PIN service charge, leave a cash tip on the table or give it directly to the waiter as you leave. Remember, tips can be withheld for bad service and this is a perfectly proper reaction to poor table etiquette. 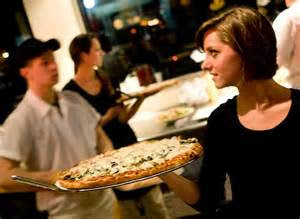 Sajid Javid MP has made a great call with this consultation. If he can put a stop to 'optional service charges' and tips being pocketed by restaurant companies, he will have done a good day's work and I might vote for him at the next General Election!