It's often a rushed lunch on a Saturday - getting to the soccer match takes priority over a sit-down meal. For a mate of mine, it regularly means a dash into Greggs, that well known fast food bakery, to purchase a hot sausage roll or a meat pie. He'll be pleased to hear then that he can forget the sausage rolls, Greggs will now cook him dinner. 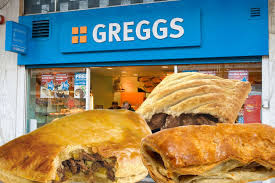 Greggs is turning its attention away from the pies and rolls, to focus on rolling out an evening food service. The bakery chain has already started trialing hot meals at 100 of its stores across the UK, with a menu that includes potato wedges, chicken goujons and hot pasta dishes and they also plan to extend opening hours to attract commuters on their way home from work. This new development follows Greggs move into the hot breakfast market, which includes porridge, bacon rolls and croissants. Added to this, they have also recently started selling hot sandwiches such as ham and cheese toasties and Katsu chicken wraps (aren't they going up-market!). 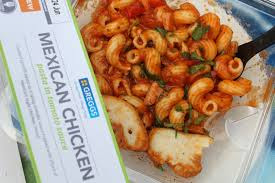 Greggs CEO has boasted in the press this week of their success against other fast food operators and he promises more competition from the retailer with evening food providers too. He envisages more seating in Greggs shops and a future delivery service. This is all on the back of a 7.4% increase in sales last year. If you are already an investor in the company then you will know that £1,000 invested in 1984, when Greggs was first listed on the stock exchange, would be worth £248,600 today - which according to some 'nerd' is equivalent to 276,444 sausage rolls.

I wonder how many my mate, Allan, has eaten over the last 30 years?