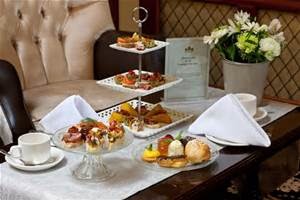 This week, my wife's GCSE Catering students are undertaking their first practical assessment and the task they face is to produce and serve Afternoon Tea for their teachers, family and friends. Much research has already been undertaken, including a visit to a Birmingham restaurant to experience the afternoon service for themselves. Their menus are decided - the sandwiches they will make and the cakes they will bake. For some its scones, clotted cream and home-made strawberry jam and for others it's profiteroles. No doubt their will be all kinds of disasters along the way such as tough pastry, bread that fails to rise and 'leaking' mini-quiches, but hopefully will all pass their 'customer's' test and achieve the grade they expect. A career in catering may await some of them and maybe their own tea room is a future possibility. If it is, then they need look no further than Britain's best tea room as a standard for which to aim.

The cream of the crop is The Georgian Tea Room in Topsham near Exeter. I read that Heather Knee's clotted cream is so good she has been invited to meet Prince Charles. Don’t talk to her about The Great British Bake Off. Long before television viewers became engrossed in baklava, Heather’s home – Broadway House in Devon, now on the market for the first time in 30 years – was known as the source of some of Britain's finest scones, home-made cakes and clotted cream. She has recommendations from most of the two million customers that she calculates she has served in The Georgian Tea Rooms, on the ground floor of the house in Topsham for 3 decades. 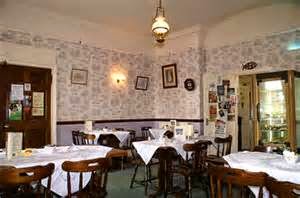 What makes Heather so special is her clotted cream. Last year she was interviewed by the late Lynda Bellingham about it on ITV’s Country House Sunday, and it was sourced by Michelin-starred chef Michael Caines for his appearance on Great British Menu, while the tea rooms also featured on the BBC’s Escape to the Country property show. Besides the cameras, other visitors include model Katie Price and Antiques Roadshow expert Eric Knowles, who also stayed – separately – in Heather’s bed and breakfast above the tea rooms, while Eighties pop star Paul Young visited for lunch. Heather has also been invited to Highgrove House to meet the Prince of Wales. Before my wife's students ask, how does a simple tea room achieve such popularity? Well, the answer is simple. Good home cooking. Heather make all her own scones, at least 60 a day and the cream, and the jam. Likewise the tea room itself harks back to a bygone age — “quaint” is the word dominating the overwhelmingly euphoric TripAdvisor reviews. The appearance and atmosphere evoke an era of crocheted doilies, slices of Battenberg, bone china crockery and rich fruit cake, all served up with a good cup of tea. It is an atmosphere Heather and husband Gerald, 74, took pains to create. The couple bought the Grade II* listed property in 1985 when it consisted of “a lot of bedsits in a pretty poor condition”. They spent years renovating and finally opened the tea rooms in 1990. Seven years later, they started letting out rooms upstairs – again once they had carefully improved the property. 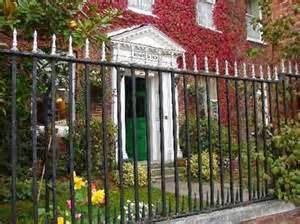 The three-storey Georgian property – built for £3,000 in 1776 – has served as a home, a natural-history museum, a doctor’s house with consulting rooms and a low-rent bedsit block. The building is grander than most of these uses suggest, with its five bay windows and 17th-century Spanish leather panelling on some of the walls.Now it is on sale for £940,000, but its future is uncertain. Heather would love it to continue as a tea room and bed and breakfast by people retiring to the West Country, or perhaps be returned to a family home. But Jonathan Newall of selling agency Saleboards believes the building’s long-term future is unlikely to involve Victoria sponges and Earl Grey tea, with the likely options being a boutique hotel, a wine bar or high-end bedsits. Perhaps the ultimate accolade, according to the Daily Telegraph, would be if someone set up a tent outside for it to serve as the venue for this year’s Great British Bake Off! Unlikely, I would say! 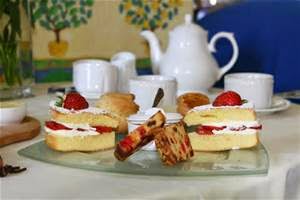