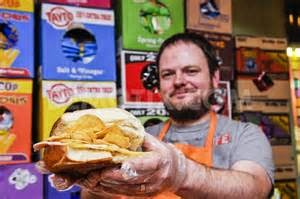 The press are promoting a crisp sandwich cafe bar that has opened in Belfast. It is reported that ''it is hot on the heels of London's cereal cafe''. What do you think?

You would be forgiven for thinking that a taste for crisp sandwiches fades when you stop taking a lunch box to school. Apparently not in Belfast, where a café selling crisp sandwiches, possibly the first in the world, opened last week. 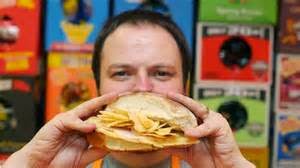 The establishment is the latest in a line of unusual dining options to have sprung up recently, including a cereal café that made headlines in London last month. On seeing the article, the owners of a real life cafe thought that the idea might actually have legs and so set about hastily rebranding their venue as “Simply Crispy”.On the menu at 8 Bedford Street are intriguing combinations that include traditional flavours such as cheese and onion, prawn cocktail and spring onion, alongside Monster Munch and Frazzles. There is then an option to also add cheese or ham 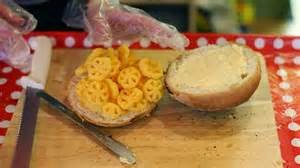 The café owners are hoping that their new business will prove as popular as the Cereal Killer Cafe (below) in London’s Shoreditch, which generated so much publicity that even London Mayor Boris Johnson took a view on it. Two brothers, themselves from Belfast, sell 120 varieties of cereal on Brick Lane but had to defend their prices of £3.20 for a bowl. 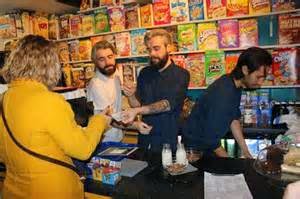 Exploitation of the 'lazy' public, is my reaction. What will be next - fruit on a sandwich? I'll have a banana bap, please! Or what about a Boiled Egg and Soldiers Cafe? 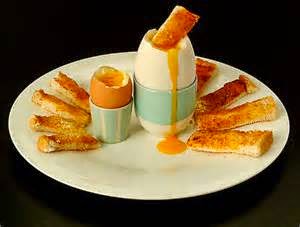