I love a full English breakfast once in a while. But where can you find Britain's best breakfast? Well, the winners of the Best British Breakfast Award have been announced in the national press this week. 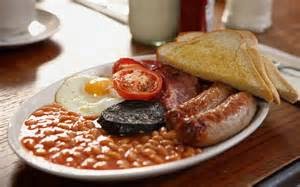 For the second year in a row, Liverpool's 'The Tavern Company' has won the Award in  a competition organised by HGCA. This event takes place as part of Breakfast Week which aims to raise awareness and celebrate the importance of breakfast. Cafes, restaurants, hotels and other food establishments chosen by the public from all over the country are given the chance to battle it to hold the coveted title. The Tavern Company was not only the overall winner, but their "Full English" was also named "Best Hot Breakfast Dish", receiving nearly 2,000 votes. Reported in the Daily Telegraph, Owner, Keith Gurney said: "We're thrilled to have won the UK’s best breakfast for a second time. We started serving breakfast, only on Sundays, 20 years ago to about 12 people and now we’re serving over 2,000 breakfasts a week. Since winning the award in 2014 we have had to extend our opening hours and expand our breakfast menu. We would like to sincerely thank our loyal customers for helping us to retain our title in 2015". 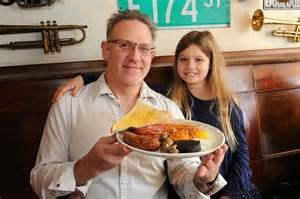 Oliver's Coffee Bar in Belfast won "Best Cold Breakfast" for their range of breakfast scones. Available in various flavours such as plain, cherry, perry & almond, and cinnamon, the scones are well loved by their customers and regularly sell out. It was reported earlier in the week that Manager Ashley Gribben said: "We have been serving our range of breakfast scones since we opened in April 2014. Our customers love them so much they encouraged us to enter the awards. It’s a real surprise to win. We’d like to thank them for voting for us." 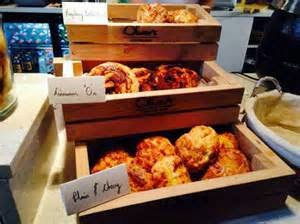 This year saw the introduction of the "Most Innovative Breakfast" award which was given to the dish deemed most innovative and unusual by organisers and guest judge, Chef Phil Vickery. New London café Bunnychow nabbed the award for their "Full English Bunny", a cooked breakfast you don't need a knife, fork, or even plate to eat. Locally sourced, the "Full English Bunny" is a hollowed-out baked brioche loaf which is then filled with sausage, lean bacon, tomatoes, mushrooms, spicy beans, black pudding and topped with an egg.
Bunnychow CEO Atholl Milton said to the Daily Telegraph, “Everyone loves a hot breakfast so we wanted to take our South African heritage of using the loaf and then packing it full of fresh breakfast produce. Since we opened three months ago the “Full English Bunny” has been popular with the local office workers and commuters on the hop. We're delighted they are now award-winning.” 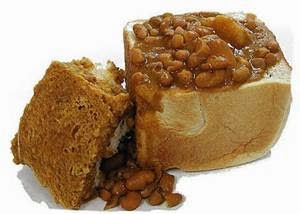 It was reported in the press this week that Karen Levy from the awards organisers, the Home Grown Cereals Authority, and from the Breakfast Week campaign said: “We’ve had hundreds of fantastic entries from cafes, restaurants, hotels, B&Bs, food vans and work place canteens which really sums up how important breakfast is today. Each of our three winners are completely different and demonstrate the variety and quality of breakfasts you can now enjoy when out and about.” 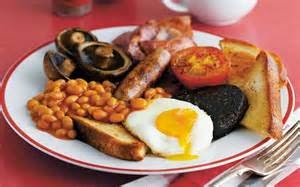