Getting A Table At The Best Restaurants

Would you wait 14 years for a restaurant booking? Prepare to get acquainted with the hold tone; the following are the toughest restaurants in the world to get a reservation
Do you loathe the trend for "no-reservations" restaurants? When you read about the length of the waiting lists at the following places your attitude may change. 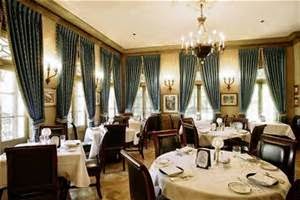 Club 33 - Estimated waiting time: 14 years +
More than just a restaurant, Club 33 (above) is one of the most exlusive - and expensive - places to dine in the world. And it was founded by Walt Disney. Found in the New Orleans Square section of Disneyland, it was originally intended as a place for Disney to entertain investors, though it was opened up to the public in 1967. There is a £16,400 joining fee and a subsequent £6600 a year plus extras for food and drink. The hefty price tag doesn't just give you access to the club and restaurant, you'll also enjoy perks such as immediate fast passes, upgrades on Disney cruises and behind-the-scenes tours of Disneyland attractions. Disney occasionally opens up membership for Club 33, the last time being in 2012 which resulted in an 800 person waiting list.

Damon Baehrel - Estimated waiting time: 10 years +
Since opening his eponymous restaurant in 1989, Damon Baehrel has been inundated. The restaurant, situated in the basement of his New York home, seats only 20 and guests are provided with an organically and locally sourced 15-20 course meal prepared by Baehrel alone. Walk-ins are not accepted and reservations can be made by email only. The email system is run by one man, so it isn't unusual for guests to wait several years to even get confirmation of a reservation. At the moment, the restaurant has closed its reservation system, citing an influx from April 2014. 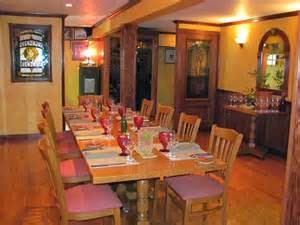 Noma - Estimated waiting time: three months
My daughter sat on the phone for hours on the 6th January to get a reservation for Noma, one of the best restaurants in the world. With a reservation waiting list currently sitting at 60,000 for their pop-up store alone, Copenhagen's Noma is a restaurant in demand. Chef Rene Redzepi uses only Nordic ingredients to create his acclaimed dishes, which include sea urchin toast, caramelised milk with cod liver and beef tartar served with ants. Frequently topping "world's best restaurants" lists. Noma only opens up its reservation system on the 6th of every month and receives over 20,000 calls on reservation day. Prepare to be put on hold. 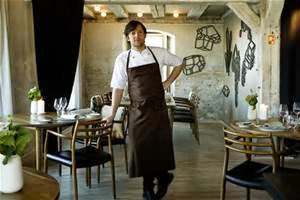 Schwa - Estimated waiting time: three weeks (once you get through to someone)
Located in Chicago, the average wait time for Schwa is three weeks - once you manage to get on the list, that is. The only way to get a reservation is to call and leave a voice mail request. Simple, right? Wrong. Schwa's inbox is nearly always full, so it's unlikely you'll even be able to leave your details. But, with a Michelin star and excellent reviews under its belt, many believe Michael Carlson's American cuisine is well worth the effort.

El Celler de Can Roca - Estimated waiting time: 11 months
Heralded as the world's best restaurant in 2013 for its traditional Catalan cuisine with a creative twist, it's impossible to get a seat at Spain's 'El Celler de Can Roca' without a reservation. Unfortunately, securing one is almost as impossible. Reservations are opened at midnight on the first of every month tables eleven months later. So, on February 1 2015 reservations open up for January 2016. You'll have to be quick though, a glance at their website shows they're already fully booked until December 2015. 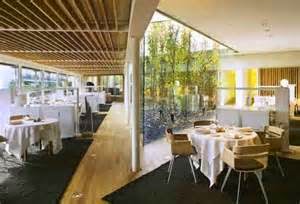 Talula's Table - Estimated waiting time: 1 year
If you want to dine at Pennsylvanian restaurant 'Talula's' (30 mins drive from Wilmington, DE), which specialises in locally-sourced food, you need to be both an early riser and incredibly patient. The reservation line opens at 7am each morning, and the first caller each day reserves themself a table for exactly a year later. If you aren't willing to wait a year, make sure you check the website everyday as cancellations are sometimes advertised.

Urasawa - Estimated waiting time: 1 month
The fairly hefty price tag of £396 per person hasn't dissuaded people from dining at Urasawa in L.A. Chef Hiro Urasawa's 29-course Japanese set menu has garnered rave reviews. If you want to eat here, you can try to book a month in advance and if that doesn't work Urasawa will place you on the equally long waiting list for cancellations.

The French Laundry - Estimated waiting time: 2 months
Another eatery that took time out of my daughter's life to get a table, which she finally did! The French Laundry has not only a reputation for excellent food, but for being one of the toughest restaurants to get a table in America. Saying that, it isn't impossible. If you're chummy with anyone big in the food industry they'll have access to the restaurant's VIP tables. If you aren't that lucky you can always try your hand at their phone reservation system. It opens up for two months in advance, and while it's most likely you'll be put on a waiting list, if you call up frequently you may be able to nab a cancelled table. 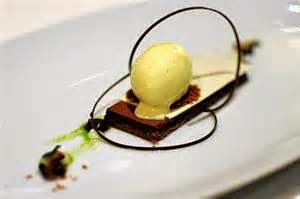 Takazawa - Estimated waiting time: 2 months +
With only two tables that together seat a maximum of ten people a night, getting a table at Japan's Takazawa is notoriously difficult. Serving a unique fusion of Japanese and French cooking, Takazawa is a regular on the "world's best restaurant" lists. If you want a chance at dining here you'll need to get yourself on the long waiting list and patiently wait for a spot to open up.

Rao's - Estimated waiting time: Possibly a lifetime
Rao's, which opened in 1896, has over the years developed the kind of exclusivity most restaurants can only dream of. Now owned by former Sopranos actor, Frank Pellegrino, the exclusive Italian eatery in New York has catered to celebrities and politicians, from Madonna to Bill Clinton. With such an exclusive clientele, it's no suprise that getting into Rao's isn't an easy feat. With no phone booking or online booking system, the only way to get a seat if you know someone. If you do manage to bag a table, you'll pay a high price for the priviledge. Tables at Rao's work like season tickets and they're paid for entire years in advance. So, a table for four every Friday at 8pm for a year could set you back up to $25,000. In reality, Rao's is a private club for only the rich elite, but it's fun to dream. 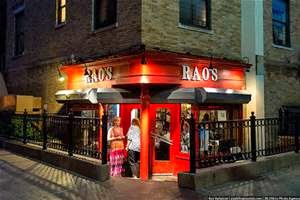 Better an hour at the bar than a life time on the list!