I have already started scouring the internet for next summer's holiday flights and it seems there is already stiff competition among the low-cost airline operators to offer holidaymakers the best deals. One new operator that you might overlook is Norwegian, but they already have some great deals. 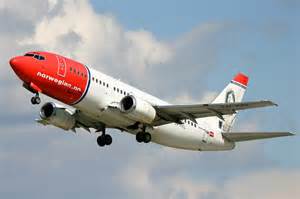 Norwegian, the low-cost airline, hopes to begin flights from Britain to Asia, South America and South Africa after being granted a UK Operating License.It will launch a subsidiary, Norwegian UK, early next year, enabling it to take advantage of Britain’s bilateral air traffic agreements with countries around the world. Unlike Ryanair and EasyJet, whose aircraft are only capable of short-haul services, Norwegian is committed to a long-haul strategy. It has eight 787 Dreamliners, with a further 30 on order, and already operates direct services from Britain to a handful of US destinations, including Fort Lauderdale, New York and Los Angeles. It also offers flights to Dubai and Bangkok from its bases in Scandinavia.

The awarding of the new license suggests that Britain will be at the heart of its long-haul expansion. Norwegian has 10 aircraft based at Gatwick, making it the third largest carrier operating at the airport and has flown 3.9 million UK passengers to 34 destinations, mostly in Europe, during the last 12 months.. “The British market continues to play a major role in Norwegian’s growth,” said Bjorn Kjos, Norwegian’s CEO in the press this week. “Securing a UK Operating License is great news and an important step to get a stronger foothold in the UK as we plan for further expansion.” Asgeir Nyseth, managing director of Norwegian UK, was reported as saying: “With nearly 4 million passengers in the UK over the last 12 months, passengers are voting with their feet for the quality, affordable travel we offer. We are changing the face of low-cost travel by offering free on-board WiFi, state-of-the-art new aircraft and the UK’s only direct low-cost flights to America. With the door now unlocked for new routes and further growth, we look forward to offering UK passengers a range of exciting new destinations in the future.” 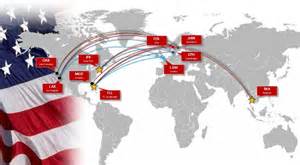 While the low-cost long-haul model had previously been dismissed as unworkable - Laker Airways, Zoom and Oasis Hong Kong all tried and failed - falling fuel prices have helped revive the idea. Norwegian's rivals include WOW Air, the Icelandic budget carrier, which introduced transatlantic flights this year, luring customers with selected fares of £99. It will begin flying to LA and San Francisco in 2016. Ryanair has frequently claimed it will offer flights to the US once it secures the long-haul fleet required to do so; Air Asia X, the low-cost arm of Air Asia, briefly flew from Europe to Asia, and has stated its desire to relaunch services. Jetstar already offers no-frills flights from Australia to destinations including Japan and Hawaii.

However, Norwegian's long-haul launch was not without incident. On one of the first flights to New York, passengers complained that they were left without food, drinks and blankets for up to 12 hours, as the airline would only accept credit cards, not cash. It subsequently announced that passengers would be served free water on long-haul flights. 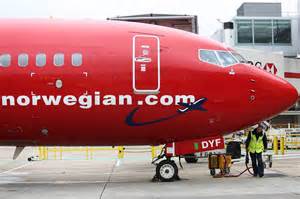 In the meantime, my advice is to shop-around for the best deals on flights, whether it is long-haul or European flights, but look beyond the obvious cheap-deal operators like Ryanair and Easyjet. There are new operators like Norwegian and WOW Air that deserve a try!