Do you shop at Ali or Lidl but put your shopping into a Waitrose bag to fool the neighbours?  I know lots of people who wont admit to shopping at one of the 'budget' supermarkets purely for 'snob' value. Well, everything could change - Lidl is launching a bold plan to attract more wealthy shoppers by appearing to make its stores mimic upmarket rival Waitrose. 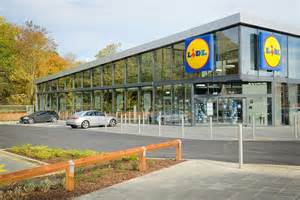 The changes at Lidl will include ditching its garish blue and yellow signs for a more sophisticated wood and glass version. Self-service tills will be introduced, and the German chain will also stock more of its luxury foods, including lobster and quail. The firm is spending £1.5 million on 40 new modern glass and metal supermarkets and will also revamp its 623 existing stores. The first look-a-like store opened yesterday in Rushden in Northamptonshire (above).

This new 'Waitrose-looking' store has a large lobby and 40% more space than other Lidl premises, with widened aisles and high ceilings. All new outlets are to be fitted with customer toilets and a third more staff, as the chain seeks to set itself apart from budget rival Aldi by improving service. They will also feature new till layouts to speed up the checkout process (below). 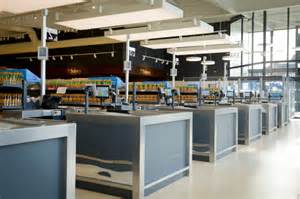 However, while the decor will be more deluxe, the prices will remain rock-bottom. Today, I found a bottle of Lidl's Henri Delattre Rose Champagne at £14.99, while Waitrose's Lanson Brut Rose costs £37.99 at full price. Two Gressingham duck breasts are £8.49 at Waitrose but only £4.99 at Lidl. 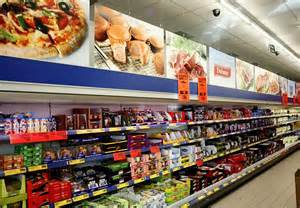 I must admit, looking at these photos of the new Lidl in Rushden, it looks just like Waitrose. 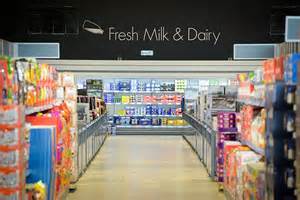