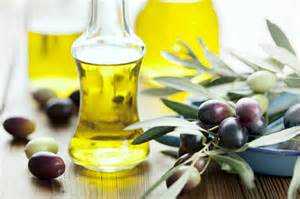 Thought you knew which oil to drizzle over your salad and which to roast your potatoes with? Then think again. If you missed the press article a few days ago on cooking oils and which to use, then I'll share it with you:-

Scientists have discovered that heating up vegetable oils leads to the release of high concentrations of chemicals called aldehydes, which have been linked to illnesses including cancer, heart disease and dementia. Until recently, many experts recommended that we avoid olive oil when cooking and instead choose either vegetable or sunflower oil.
However, the new research found that sunflower oil and corn oil produced aldehydes at levels 20 times higher than recommended by the World Health Organisation. Olive oil, rapeseed oil, butter and goose fat produced far fewer harmful chemicals.To quote the Daily Telegraph -"More and more, we are realising that the food scientists who scared us away from cooking with certain fats got it wrong"

Researchers have also identified two previously unknown aldehydes in the oil samples.
Professor Martin Grootveld, professor of bio-analytical chemistry and chemical pathology at De Montford University , said: "Sunflower and corn oil are fine as long as you don't subject them to heat, such as frying or cooking. It's a simple chemical fact that something which is thought to be healthy for us is converted into something that is very unhealthy at standard frying temperatures." Contrary to traditional advice, he recommends people use light (non-extra virgin) olive oil for frying or cooking: "Firstly, because lower levels of these toxic compounds are generated, and secondly the compounds which are formed are less threatening to the human body."

Al Overton, buyer of gourmet oils for the organic supermarket chain Planet Organic, told The Telegraph newspaper, "People are always asking me what to cook with. The simple answer is, keep a range of oils. Keep coconut or a similar saturated fat for heavy frying, olive and rapeseed oils for light frying and salads, and pumpkin and avocado oils for dressings and dips. More and more, we are realising that the food scientists who scared us away from cooking with certain fats got it wrong. It was our grannies – who cooked with goose fat or butter, ghee or coconut oil, depending on where they came from – who had the right idea." 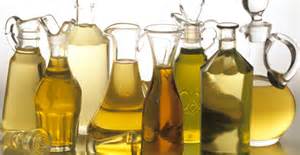 YOUR GUIDE TO COOKING OILS

Extra virgin olive oil
• What is it made from: the extracted juice of crushed olives. It is one of the only cooking oils made without the use of chemicals and industrial refining. There are very specific standards oil has to meet to receive the label "extra-virgin." Because of the way extra-virgin olive oil is made, it retains more true olive taste, and has a lower level of oleic acid than other olive oil varieties. It also contains more of the natural vitamins and minerals found in olives.
• Best for: dressing salads, drizzling over pasta, baking
• Worst for: frying at high temperatures, because of its low smoke point 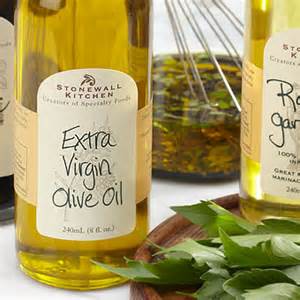 Olive Oil
• What is it made from: the oil extracted from pressed whole olives. This oil is typically a blend of virgin olive oil and refined olive oil (which refers to oil where heat and/or chemicals are used in the process of extracting oil and removing flaws from the fruit).
Pure olive oil is a lower-quality oil than extra-virgin or virgin olive oil, with a lighter color, more neutral flavour, and oleic acid measuring between 3-4%. This type of olive oil is an all-purpose cooking oil
• Best for: light frying and salad dressing, baking, dressings
• Worst for: high temperature frying

Rapeseed oil
• What is it made from: oil extracted from rapeseed. In the last few years there's been a surge in artisanal, British, "cold-pressed" rapeseed oils, which are marketed much like single-estate olive oils. Unlike olive oil, rapeseed doesn't go toxic at high heat, while a smoke point higher than that of olive oil makes it marginally more suitable for frying
• Best for: roasting potatoes, frying
• Worst for: it has a very subtle flavour, so is not to everyone's taste for drizzling

Lard
• What is it made from: fatty deposits from pigs
• Best for: baking, high-temperature frying
• Worst for: anything that doesn't involve high temperatures

Ghee
• What is it made from: boiled butter, churned with cream with the liquid residue removed
• Best for: high-temperature frying
• Worst for: anything that doesn't involve high temperatures

Goose/duck fat
• What is it made from: the fat drained from cooked goose or duck
• Best for: high-temperature frying, roasting potatoes
• Worst for: anything that doesn't involve high temperatures

Sunflower oil
• What is it made from: oil extracted from sunflower seeds
• Best for: the latest advice says we should avoid altogether
• Worst for: cooking or frying at high temperatures

Vegetable oil
• What is it made from: the oils extracted from seeds like soybean, corn, sunflower, and safflower
• Best for: the latest advice says we should avoid altogether
• Worst for: high temperature frying

Coconut oil
• What is it made from: most coconut oils are made from smoke drying, sun drying, or kiln drying the dried meat of the coconut called 'copra'
• Best for: high-temperature frying, baking
Worst for: drizzling over food, although it can be combined with other ingredients to make a dressing 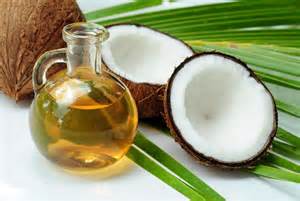