JAMES BOND IS BIG ON ADS

I went to see the new James Bond film, Spectre, over the weekend and as you might guess my eyes were eager for 'branded' food and drink hidden among the 'extras'. 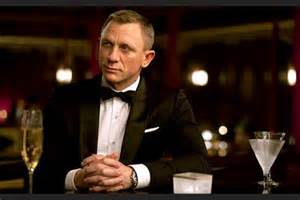 Bond may be the world's most famous spy but it also seems that he has a busy sideline as a salesman. Spectre has more product placements than any other 007 movie with at least 17 brands plying their wares on screen. The obvious ones that have regularly cashed-in on the secret agent's enduring appeal include Sony mobile phones, Omega watches and Aston Martin cars, and the filmmakers may well defend the product placement on the new film's production costs of £226 million. However, some of the less-than-subtle automobile sales pitches in Spectre include Land Rover, Jaguar, Rolls-Royce and even a comical appearance in a thrilling Rome-set chase by a Fiat 500. 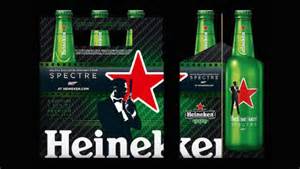 As for food and drink, alcohol is in steady supply throughout the movie. I spotted Heineken beer, Bollinger champagne, Belvedere vodka and The Macallan malt whisky. While Bond does order a martini - a 'dirty' one in this case, with olives in it - he is also seen drinking from a green beer bottle, that is obviously the popular brew of the Netherlands, given the company's lucrative deal with this film and with the previous Skyfall. In the last 007 movie, Bond sipped more obviously from a Heineken bottle in a bar scene, and the company, for which Craig has appeared in character as Bond in adverts, is believed to have shelled out £28 million for the privilege. This in itself paid for almost a third of Skyfall's £94 million budget. 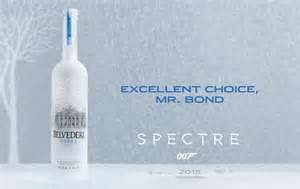 But some alcoholic brands have a higher profile than others in Spectre. Look out for the bottle of The Macallan malt on Bond's living room table in his sparse London apartment, when Miss Moneypenny calls! 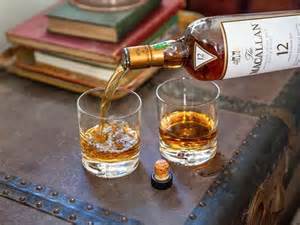