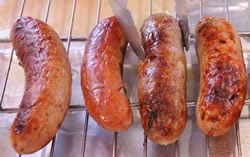 I have just discovered that it is British Sausage Week this week - an annual celebration of the taste, quality and diversity of traditional pork sausage. I must admit to loving a good sausage and purchasing some quality 'bangers' last week, from Marks and Spencer, were a delicious addition to a full English breakfast!

Throughout this week, there are celebrations with the winners of the national competition, revealing the land's greatest sausages, plus a host of  new recipes and opportunities for the public to get involved in events. The celebrity ambassador for the week is Simon Rimmer, well known chef and TV foodie show host. He is on a tour of sausage discovery to taste all the sausages that have got through to regional finals and then award the winning butcher in each region with a coveted Banger Award. 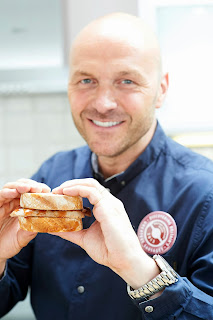 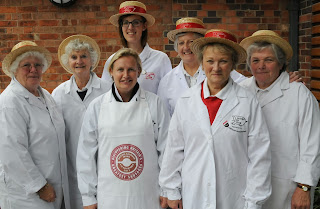 Sausages really are the nations’ favourite food, with celebrity fans including Prince Charles, Elizabeth Taylor, Michael Caine, Roger Moore, Keith Floyd, Elvis, who loved sausage rolls, Des O’Connor and Rachel Stevens whose favourite comfort food is a sausage sandwich. Footballer John Terry and wife Toni Poole served sausages at their wedding in 2007, as did Kate Winslet. Katie Price and Peter Andre served guests bangers and mash when they married. Apparently legendary highway man, Dick Turpin, was known to moonlight as a butcher making sausages from the finest meats hunted in Epping Forest. Queen Victoria was fond of sausages but insisted that the meat be hand chopped rather than minced.

Why not try this Spicy Sausage Casserole to celebrate British Sausage Week? 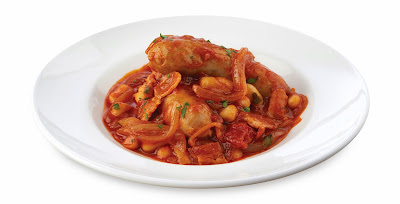