Christmas Food - has the industry gone too far?

Yesterday's blog suggested that Gregg's festive pastie was a step too far in the food industry's battle to offer us something new for the Christmas season. But Gregg's 'delicacy is a far cry from some of the other unusual offerings blocking up the supermarket aisles and filling the already bulging shelves. Are you tempted? 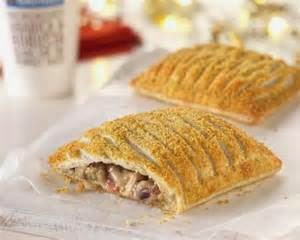 Turkey and Cranberry Doughnut
No, it's not a Heston invention. We can blame this one on our American cousins across the pond. New York's Manhattan Bakery, 'Zucker Bakery' has created these showstoppers. It’s a twist on a traditional sufganiyah (Hanukkah doughnut), filled with spiced pumpkin, turkey and cranberry. I'm just happy there’s a long-haul plane flight between me and these travesties, or is Aldi proposing to import them? 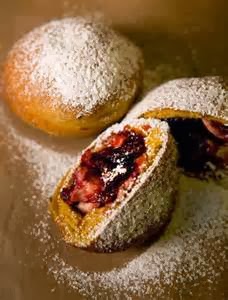 Mint Choc Pringles
We all love Pringles, whether at Christmas or throughout the year. Once open, I can't stop eating those wafer thin delights. At first you might image these are made of thin layers of actual mint-flavoured chocolate packaged like the Pringles we’ve come to know and love, but no. They’re actual fried potato crisps with chocolate and mint flavourings added after cooking. Not cool and not tasty. Even the most avid of Pringle fanatics will want to avoid this flavour. 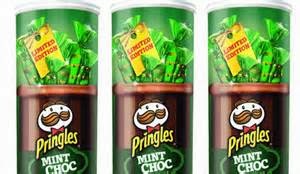 Turkey Cake
Did you ever see that Friends episode where Rachel mistakenly mixed the recipes of a trifle and a shepherd’s pie to create a monstrosity of a dessert? Or The Vicar of Dibley's Mrs Cropley who came up with Walnut and Anchovy Trifle. Well, those nightmares have become a reality, thanks to the cooks at www.chow.com who thought baking a cake made of turkey, sweet potato and marshmallow layers was a good idea. It’s a no-go for me, but who are we to dictate what you eat come Christmas Day. Get the recipe at the above website if you are tempted. 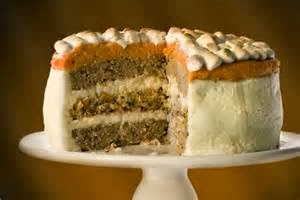 Christmas Dinner Pot Noodle
Pot Noodle is part of a university student's daily diet but hopefully they will go home this Christmas. With past flavours including Doner Kebab and Chip Shop, we shouldn’t be surprised that Pot Noodle took on the challenge of creating a Christmas dinner variation on their classic ‘just add water’ snack. All very disturbing, because in my eyes, the only way Christmas dinner should be enjoyed on the go is in a Boxing Day turkey and stuffing sandwich on the way to the match. 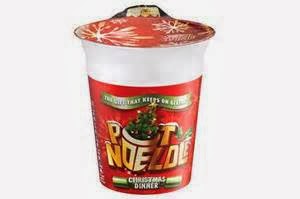 Tesco Finest mince pie flavour crisps
I'm not surprised that a mainstream supermarket like Tesco has jumped on the Christmas-flavoured bandwagon. In a recession, they need to take very advantage of our love of flavoured crisps. They did it in 2011 with these sweet-flavoured crisps. So why not try again with their potato layers tasting of cinnamon, raisins and buttery pastry, but they’re still just potato! 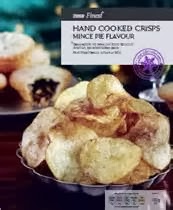 Champagne Marmite
You either 'love it or hate it', but I reckon we will all love this variety. Champagne is a taste of Christmas, because we’re just not posh enough to enjoy it all year round! This variety of the spread was launched in 2008 – actually in time for Valentine’s Day – but I like to think that if the limited edition flavour is still around, there'll be people all over the UK basting their Christmas turkeys with the stuff. Not me, you understand, but people. 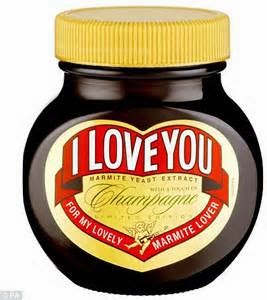 Turkey and gravy croissant
Just right for Christmas morning? I think it's likely that the creators of the humble yet delicious croissant will be turning in their graves at the thought of their sweet delicacy being filled with turkey, cranberry and - worst of all - gravy. Yet again we look to New York for answers, but they seem to be quite happy chomping on their pasty alternative, so I'll  just make peace with the fact that Greggs haven't thought to do the same with their belgian buns. 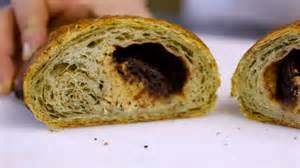 Pilgrims Choice Christmas cheese
This is the Christmas dinner cheese log from Pilgrims Choice. The company has stuffed all the ‘best elements’ of the festive meal into a their cheese – carrots, turkey flavouring, apple and whole brussels sprouts – and there’s even one flavoured like Christmas pudding for afters. 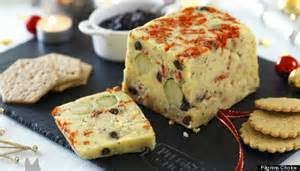 I won't be indulging on these oddities this Christmas.

Thanks to Victoria Joy of BT for her research.